This Korra Cosplay from Avatar is Out of This World 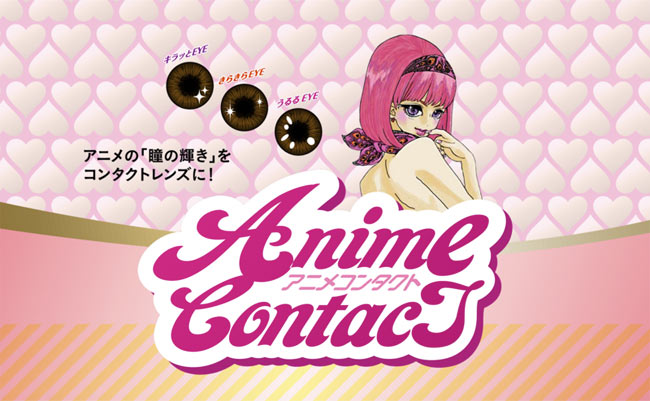 A new Japanese cosmetic brand, aptly named Anime Contact, has released three sets of anime-styled contacts. These contacts follow the Asian trend of circle lenses, which give the wearer the appearance of enlarged eyes. Circle lenses are popular for use in cosplay due to their ability to give the expressive “anime eye” look, and can also be used in day-to-day fashion. However Anime Contact’s products go beyond standard circle lenses, with specialized products that give the wearer a classic 2D look.

The first style of contacts is named “ururu,” and gives the wearer’s eyes a watery, glistening look. “Ururu” is a play on the Japanese phrase “uru-uru,” which means “teary-eyed.” This style is probably the most classic out of the three, as most characters in anime and manga are drawn with watery eyes.

Second is the “kirakira” style, giving the wearer small stars on either side of their pupil. In Japanese “kirakira” means to “twinkle” or “glitter,” and these lenses do give the wearer quite a sparkle in their eye.

Top 10 Most Anticipated Anime of Spring 2015

The third and final style is “kiratto,” which frames the wearer’s eyes with two small stars on one side. “Kiratto” translates from Japanese to “brightly” or “bright,” appropriate for the style that gives off an air of excitement.

Each set of Anime Contact’s lenses comes out to 3300 yen, which is roughly $27. Right now it seems that the company will only ship within Japan, but based on the lenses’ popularity that could change in the future.