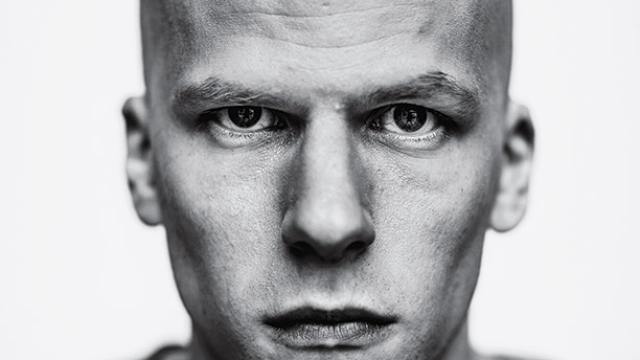 It was a pretty quick consensus that Jesse Eisenberg would make a good Lex Luthor in the upcoming Batman V Superman Dawn of Justice. But we couldn’t say if Eisenberg would be able to look the part as well. Now we have our first good look at Eisenberg as Lex Luthor. Now that is some bald of evil!

Dawn of Justice Director Zack Snyder had this to say to EW about the film’s incarnation of the classic villain. “He’s not any of the Lexes that you’ve seen, that’s for sure,” says Snyder, “other than him being a captain of industry and one person to the world and another person to himself. And bald, of course…Our Lex is disarming and he’s not fake. He says what he believes and he says what’s on his mind. If you can unravel the string and decipher what he means, it’s all there.”

How does this photo and the latest on the character from Snyder affect your expectations of Jesse Eisenberg’s Lex Luthor? Let us know in the comments.
[signoff2]