Lucy Leech is the Ultimate Cosplayer as Junko Enoshima! 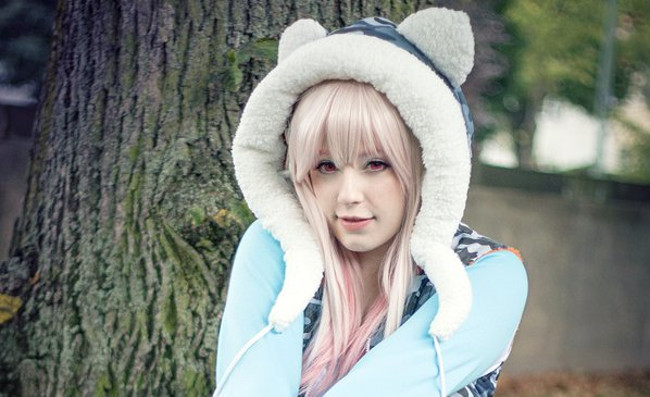 Super Sonico is a fictional character created by Tsuji Santa for the Japanese computer and videogame company called Nitroplus. Super Sonico appeared in 2006 for first time as Nitroplus mascot. Since her first appearing the character has developed in a franchise of manga, music and all kinds of products. She also has an anime developed by White Fox since last January (2014).

Based on the anime series, Super Sonico is a sexy and cute girl who always wears headphones, but her personality is very shy and kind. Her dream is to form her own music band and play her cherry red Gibson SG electric guitar. Despite her timid personality, she works as a model, studies marine biology and helps her grandmother in the izakaya (bar). As you can see Kana Cosplay has represented perfectly Super Sonico’s sexiness and her cute personality! Look at her expressions! Just amazing beauty! And the clothing is flawless! If you want to see more about this awesome cosplayer you can follow her on Facebook.

This Emma Frost Cosplay is Glorious

Written by Guest Contributor: Juby Headshot
[signoff2]
Hey cosplayers! Want a feature of your own? Click here for information on how to submit your cosplay images!