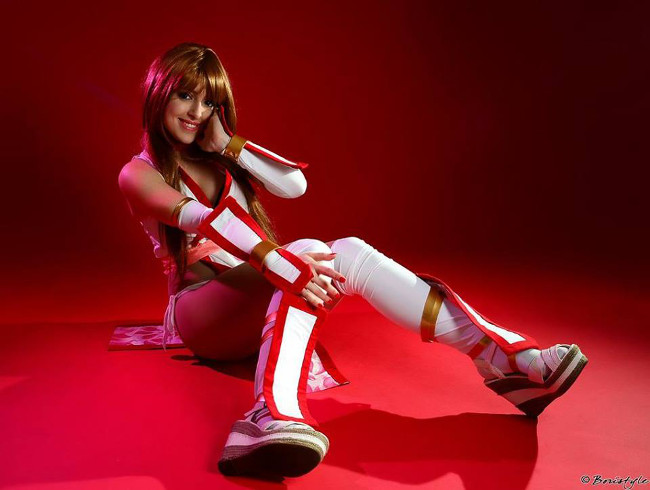 Kasumi Fights Her Way to the Finish in Fab Cosplay The video game series Dead or Alive first released in 1996 for the arcade. A fast paced fighting game centered around a world wide fighting tournament, the Dead of Alive Tournament, the game continued its success with multiple sequels, spin-offs and a life action movie. One of the original eight characters of the Dead of Alive series is Kasumi. Kasumi was of the Mugen Tenshin Ninja Clan until she ran away in search of revenge for her brother. This led her into entering the Dead of Alive Tournament. Since she is featured in multiple sequels, she is the main protagonist and considered the face of the Dead or Alive series. Cosplayer Lily on the Moon slips into Kasumi’s white and red ninja garb for a feisty cosplay. The outfit is edged in red and adorned with pink around the waist. The pink and red continue into the skirted portion where it is embellished with a petal pattern. Wearing long white stockings, the look is completed with gold accent ribbons and a red ribbon around her neck. The photos bring to life the action of a fighting game. Posing in various styles and even with actions photos, Lily on the Moon exhibits an amazing Kasumi cosplay.