This Legend of Zelda Great Fairy Cosplay is Enchanting 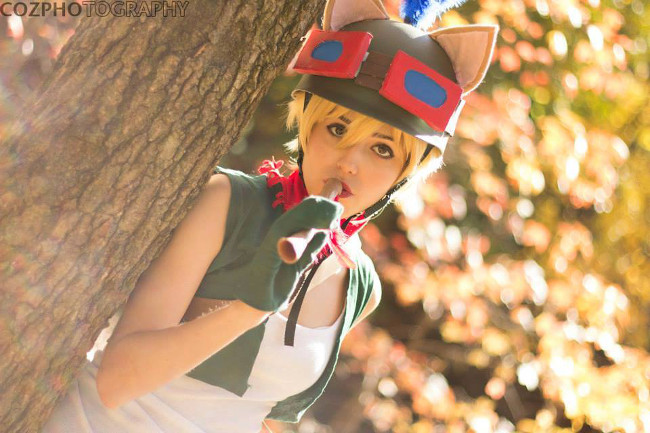 Teemo, the mushroom planting champion from League of Legends, is a hero among the yordles of Bandle City. Chosen as the first champion to represent Bandle City, his battle prowess is well known. While often a charming person, as soon as battle begins, he flips a switch to become a swift and deadly killer. His poisoned darts and unsurpassed infiltration skills make him a fearsome opponent. He single handedly was able to stop multiple attempts by enemies from sneaking into the city. He truly is a legend in the city. Trapped Petals Cosplay has taken on the attire of the pint sized fighter. With brown pants and matching heels accented with green, she is ready to sneak around any enemy. Her green vest and matching gloves are perfect. She has the red fur around her neck, as well. The most notable piece is Teemo’s signature hat. With the ears poking through, the hat has his red goggles and is topped off with blue fur. To compliment the outfit, Trapped Petals Cosplay has constructed Teemo’s blow gun, as well as one of his mushrooms. The photos are playful and serious, the perfect combination for Teemo’s personality.