Maid of Might is Steaming Up as Sailor Venus 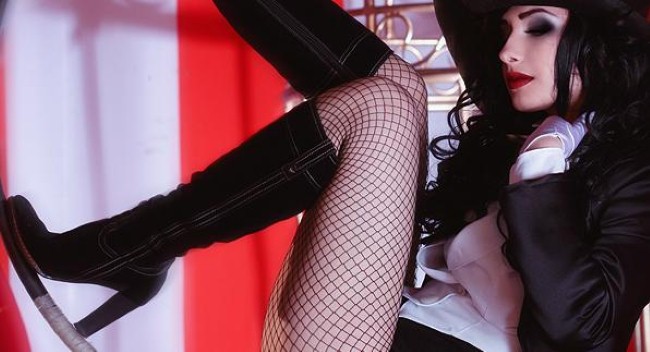 Let’s Make Some Magic with this Sexy Zatanna Cosplay From stage magician to superhero, the lovely Zatanna Zatara began as a simple illusionist before she realized her true magical powers. In the recently relaunched New 52, Zatanna uses her magical powers to aid the Justice League Dark.

True to many hero and heroine motivations, Zatanna suffered the loss of a parent. She witnessed the death of her father during a séance in which he sacrifices himself to save Zatanna from being burned to death. This left Zatanna without a father and without a magical mentor. However, this only furthered her resolve to stop others from using magic at the cost of others. Many cosplayers have brought Zatanna to the real world, but cosplayer Revien Fiennes brings her to the stage. Be amazed at this beautiful work as she and Milligan Photography work together to perfectly portray the lovely magician. Revien brings together all the details from her top hat to the ruby red lips in this magical Zatanna cosplay.

Written by Guest Contributor: CaydenVierra
[signoff1]
Hey cosplayers! Want a feature of your own? Submit your photos to our Tumblr page or attach them in an email to [email protected] for a chance to appear on our site!