CC Cosplay is a Vibrant Beauty

Maid of Might is Steaming Up as Sailor Venus 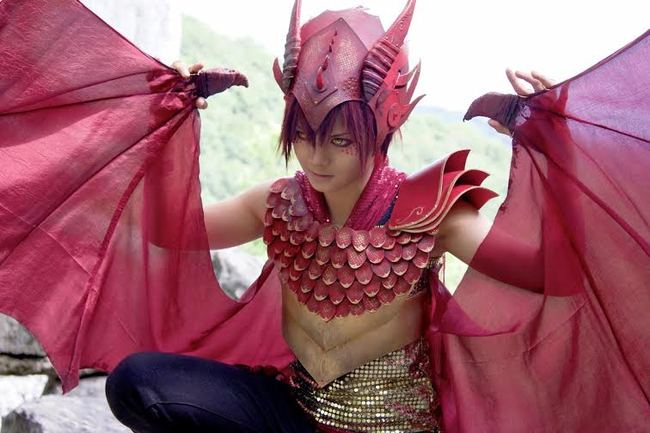 Lord of the Rings Week: The Gold-Loving Smaug Gets Fierce Cosplay On Tuesday, the orc-slaughtering mayhem broke out in full force as Middle-Earth: Shadow of Mordor leaped into our anticipating hands.  In honor of the launch of Shadow of Mordor, we have been giving you all epic Lord of the Rings/The Hobbit themed cosplays every day this week.  We have featured the likes of Tauriel and Aragorn, however now it is time to feature a character a little less human: Smaug the Terrible. Smaug first made his appearance at the end of The Hobbit: An Unexpected Journey and continued his saga into the second Hobbit film, The Hobbit: Desolation of Smaug.  Smaug would be a great candidate for TLC’s Hoarders as he spent a good 200 years merely basking in gold and jewels deep within the Lonely Mountain.  That is, until the adventurous Hobbit Bilbo Baggins and his crew disturbed his treasure-swimming folly. Becoming a dragon through cosplay is no easy task.  Transforming yourself into something that isn’t quite human takes a lot of creativity and a bit of unique touches to suit the human form.  Yet, one cosplayer by the name of iishke has proven capability to do this perfectly, as we have featured iishke in the past as a re-imagined Scar from The Lion King.  Iishke’s Smaug is just as impressive, donned in red and gold scales and a fierce appearance.  Totally epic.