A Cheshire Cosplay You’d be Mad for Messing Around With

Epic Gaming Cosplay Friday: May the Triforce be With You- A Link Cosplay! 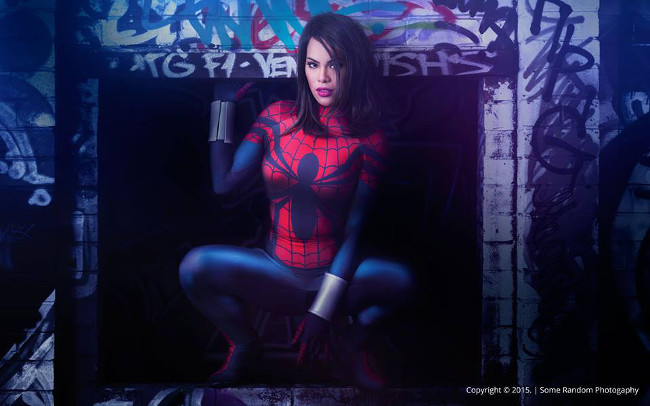 The love for Spiderman seems to grow and grow, and with the recent casting of the newest Spiderman fans seemed to be more hyped up than ever. While the movies have centered around Peter Parker’s beginnings as Spiderman, there are other plots that have yet to be explored. One that fans might be interested in seeing is Spiderman taking a step back from his role — allowing another to take his place. In an alternate universe, Mayday Parker is the daughter of Peter Parker and Mary Jane Parker. After her father loses a leg in a battle with Green Goblin, Peter Parker decides to dedicate himself to being a husband and father — where Mayday, on the other hand, has decided to follow in her father’s footsteps. The want to fight in order to help those around her is a strong desire that stems from her roots. Though, she has traits from both of her parents — her good looks and charms coming from her mother and her brains coming from her father. Of course, she tried to take a leave from crime fighting as well, longing for a normal life. However, that venture didn’t last long and Mayday soon returned as Spidergirl. For all of her good traits and even greater ones, fans have taken quite the liking to Mayday Parker. She was even given her own comic which has become the longest running comic with a female lead. Cosplayers have donned her red hair and Spidey-suit in order to become Mayday Parker, but Raquel Sparrow‘s take on her is one of the best out there. Her suit is spot on — obviously put together with care and attention to detail, and while in cosplay her demeanor essentially lines up with that of Mayday Parker. Overall, it’s a job fantastically done and deserves showcasing on multiple platforms.