Katarina Cosplay Cuts Down Her Foes 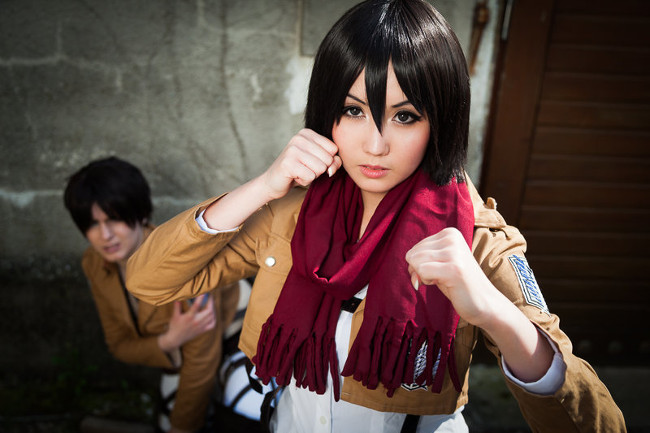 Mikasa Ackerman’s Got Your Back in This Epic Cosplay

Attack on Titan has become a household title, fans flocking to the anime without second thought. It’s become increasingly popular — not that it comes as a shock. There’s something that pulls you in when it comes to Attack on Titan, probably due to a combination of the characters and the fact that the people within the title are fighting against huge titans — ones that can wreck just about anything in their way. That’s where the Scout Regiment comes in, a grouping of trained soldiers specialized in attacking and getting rid of these various titans. The story centers on a character named Eren Jaeger and his two closest friends, Mikasa Ackerman and Armin Arlert. While Eren is the main focus, the side protagonists offer a lot to the story. Mikasa Ackerman, in particular, is a girl of strength who lost her family at a young age. It was then that Eren’s family took her in the boy becoming that of a brother to her. She’s loyal to him, dedicated, and of strong resolve. Mikasa Ackerman fights viciously for those she cares for, making sure that she’s by their side every step of the way. These are just a handful of the reasons why cosplayers would want to take on Mikasa Ackerman, as there are a numerous amount of reasons to justify it. CuteMichiyo is one of the cosplayers who has done a fantastic job putting Mikasa Ackerman together, getting the details perfect down to a t. From the hair, the pose, and the details put into Makasa’s outfit CuteMichiyo deserves the highest praises. Take a look for yourself and check out her Deviantart and Facebook pages for more!

Ciri Cosplay is Prepared for a Wild Hunt