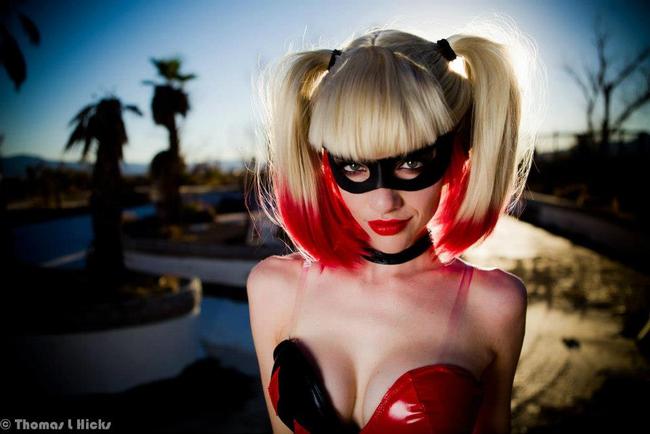 Mistah J Loves this Harley Quinn Cosplay, and So Will You! There’s no denying that Harley Quinn is on good looking babe, her blonde hair and stunning eyes only adding to her appeal. Maybe she’s a little crazy, but who isn’t? Plus, that’s what makes her fun, that and her smarts, bubbly personality, and abilities. It’s no wonder Joker has kept her around for so long, and villains such as Poison Ivy have grown close to her. Fighting side by side with Joker, her loyalty is unwavering – even when the smiling clown isn’t always so friendly. It’s quite typical for Harley Quinn to be spotted in something tight and sexy, but it’s not always typical that she’s in something close to a leotard. Cosplayers and fans have Babs Tarr to that, and have taken to dressing up as the rendition put out by the woman. One of the cosplayers that has done an absolutely amazing job with the Babs Tarr version of Harley is Lyz Brickley. Not only is Harley Quinn adorable, but she’s sexy too, making this cosplay of Harley one of the best out there.