A Silent Hill Nurse Cosplay that is Frighteningly Amazing 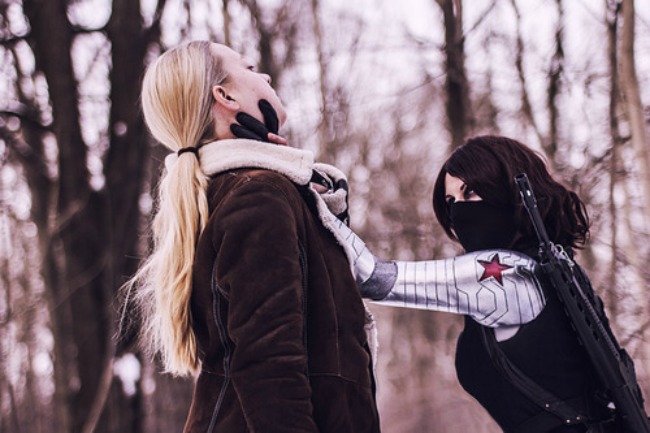 He’s a former Avenger, rides an Indian motorcycle, the partner to the Russian spider queen of espionage and he’s also portrayed by an incredibly sexy Romanian actor. James Buchanan Barnes is his name.

Known commonly as Bucky Barnes, he, alongside Captain America abandoned his military identity for a good proportion of the war to devote their full efforts in serving as costumed freedom fighters after the 1941 bombing of Pearl Harbour. Eventually, the duo found themselves in the allegiance of the original Human-Torch and young mutant partner, Toro, whom served as part of a team dubbed The Invaders by Winston Churchill. Towards the end of 1945, Bucky and Captain America were on the trail of the Nazi scientist, Baron Heinrich Zemo. They caught Zemo in the action of stealing an experimental drone plane and were rendered unconscious and strapped to the drone plane after ensuing a battle with Zemo’s powerful humanoid robot. As the plane flew off, Bucky attempted to grip onto the plane’s wing and then was seemingly killed instantly in the midst of drone plane exploding mid-flight. His entire left arm had been claimed by the explosion and had plunged into the same deep, icy waters to undergo the same process his mentor, Captain America, had gone through. Bucky was gifted with a new, bionic arm that had been made by a former Soviet spy after they had recovered schematics for cybernetic appendage. It was in this time that Barnes had met Natasha Romanov whom he helped in combat training while Romanov was undergoing espionage training. The ultimate comic book one-true-pairing, their relationship did not last. He was kept in cryostasis to prevent his ageing when he was not required for an operation or assassination. To celebrate the release of the latest Marvel film, Captain America: The Winter Soldier, we’re showing you here on All That’s Epic a truly epic cosplay that took the internet by storm upon the release of the film, and that was the fem-Winter Soldier cosplay by a-Twins. You can understand why this cosplay has taken the world of cosplay by an absolute storm and there is just so much to love about it. The bionic arm and the portrayal of a fem-Bucky Barnes, this cosplay is bursting at the seams with epic!