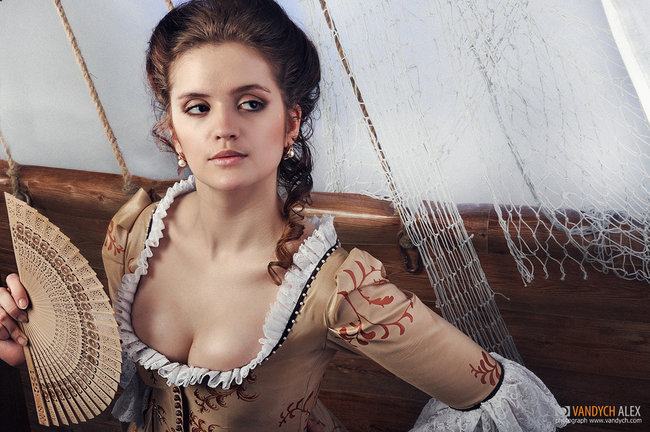 The former daughter of Governer Weatherby Swann and the wife of one William Turner was an adventurous albeit daring spirit and was born with the desire to break societal norms and boundaries. Elizabeth Swann also had a deep and long-lasting fascination with the freewheeling world of pirates and buccaneers, so much that she even learned a pirate song as a child and later on, became wed to one despite the fact that he would only be able to step foot on the ground once every ten years. No thanks to Davy Jones.

Raised solely by her father since untimely death of her mother, Elizabeth lived a fairly sheltered life in London, England in the Golden Age of Piracy. Much to her father’s chagrin, pirates had always fascinated Elizabeth when she was a girl, mainly on the HMS Dauntless’ voyage from England to the British colony at Port Royal on the vibrant and prosperous island of Jamaica. When the Dauntless crew rescued young Will Turner, a mysterious shipwreck survivor from a pirate attack, she recognized the “pirate medallion” he wore. Little did she know of the adventures that would stem from this encounter… Since being introduced to the hit series, Black Sails, I’ve fallen in love with pirates all over again and rediscovered my love for the Pirates of the Caribbean films. After watching it, I just want to gear up, drink rum and get in my ship and explore. I feel the same way after looking at this cosplay of immensely gorgeous and talented Russian cosplayer, Lilith-Sahl and even found myself doing a double take between her cosplay and Elizabeth Swann (played by Keira Knightley). She’s brought the character to life incredibly well and her costume making skills are impeccable, with a historically accurate gown. I raise my bottle of rum to this cosplay! Drink up me hearties, yo ho!

Anime Fans Will Love This Kosaki Onodera Cosplay From Nikesoi