This Retro Lola Bunny Cosplay is One Sexy Rabbit 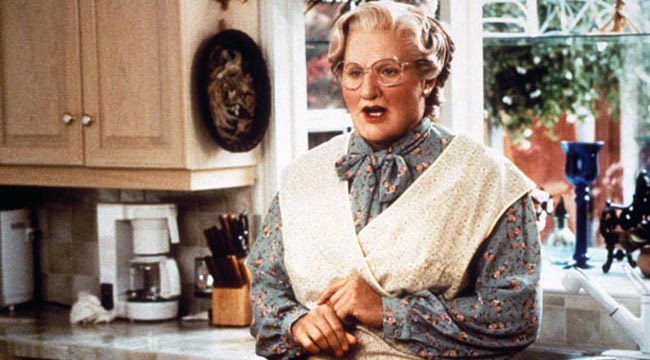 ‘Mrs. Doubtfire’ Is Being Adapted Into a Musical

Composer Alan Menken recently teased that he’s working on a musical version that would revive one of deceased actor Robin Williams’ most well-loved characters—Mrs. Doubtfire, from the 1993 film of the same name.

In promoting his work on television series Galavant, Menken spoke to Entertainment Weekly about the possible Broadway adaptation of Williams’ star-making film, warning that the project is still in its early days.

Menken will compose the Mrs. Doubtfire musical score and Harvey Fierstein, who appeared in the film as Williams’ make-up artist brother, will write the show’s book. Only time will tell what stage actor will be chosen to fill Williams’ shoes, as well as his fake breasts and prosthetic nose.

Sneak Peek at The Hobbit: The Battle of the Five Armies