This Gorgeous Elsa Cosplay is Fit for a Queen

Bow Down Before this Epic Castanic Cosplay 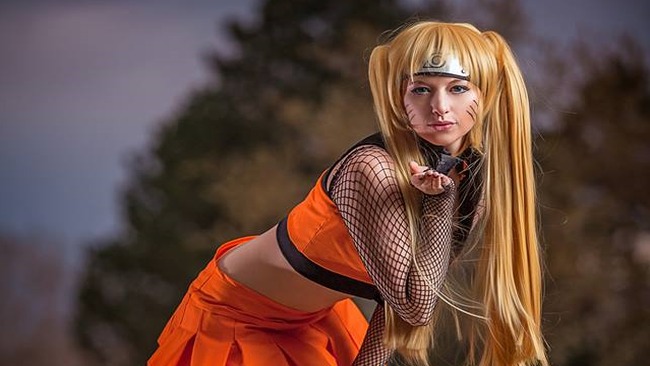 Naruto Goes from Fighter to Goddess with This Sexy Cosplay Whether one is a fan of anime or not, chances are you’ve heard of Naruto. The title first being uttered back in 1997 when the series’ manga started. Since fans have only helped increase Naruto’s popularity, aiding in the anime hitting homes back in 2002. As the show continues to be ongoing, so does watchers’ love for Naruto, Sasuke, Sakura, and the rest of the characters that make Naruto so special. While the other main characters — and even side characters, are a prominent focus within both the manga and anime, Naruto Uzumaki is the true star. Most fans are used to seeing Naruto as a male, generally donning an orange jumpsuit, they might not be so accustomed to seeing him — er her this time around, in an orange mini skirt, and fishnet stockings. No, you didn’t just read that wrong, and no, your eyes are not deceiving you. In the world of cosplay, outfits and costumes are interpreted how a cosplayer sees fit and in this instance angltigr has done just that. No longer is Naruto wearing a full suit, but instead a top that bares her middle and a mini skirt. With added tweaks such as those, Naruto’s sexy factor goes up, way, way up!

Sink Your Teeth Into This Mesmerizing Lestat Cosplay