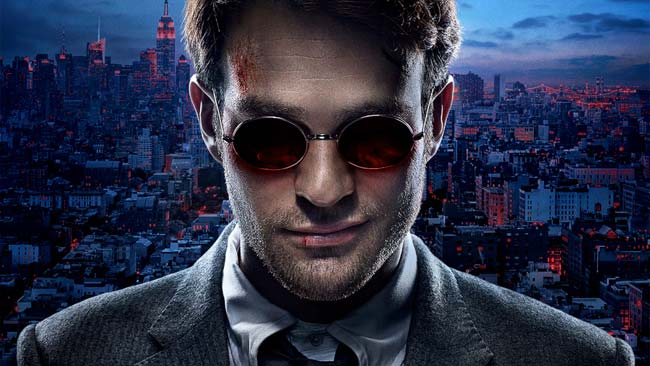 It is shaping up to be a busy couple of months for Marvel Studios. Age of Ultron is on the brink of release, the Fantastic Four reboot is just a few months away, and last week, the first season of Daredevil, Marvel’s new collaboration with Netflix, was made available for your binge-watching pleasure.

But if you’re like me, you may have been a bit skeptical about the show. There are plenty of other superhero TV shows to fill your time, many of them even on Netflix. Agents of SHIELD has hit its stride, and the first season of Agent Carter just wrapped up. Those two shows alone could likely satisfy your superhero withdrawals, but there is even more content to sink your teeth into. Outside of the Marvel universe, DC has been cranking out Arrow episodes for a few years, and, most recently, Gotham and The Flash.

With so many epic comic book shows so readily available, is Daredevil relevant, or even worth it? Not to show my hand right off the bat, but the answer to both those questions is definitely affirmative. Not only is it pretty damn good, but it also kicks the crap out of all other competing superhero shows – metaphorically, and also likely literally. As always, I’ll do my best to avoid major spoilers, but if you haven’t watched the show yet, tread lightly.

If you aren’t familiar with Daredevil’s story (meaning you missed the 2003 film that we all wished we had missed), it centers around Matt Murdock, a blind lawyer who moonlights as a masked vigilante. Although he can’t technically see, he uses his enhanced senses of hearing, smell, and touch, to “see” the world around him and run through the Hell’s Kitchen neighbourhood of New York nearly as nimbly as Spider-Man, stopping crime and seeking to improve the lives of the citizens of Hell’s Kitchen. When he uncovers a brutal organized crime unit operating within the city, he seeks to put an end to their actions by taking out their leader and cutting of the head of the proverbial snake, Wilson Fisk, also known as the Kingpin (though he is never referred to by that name in the show). The story in itself is nothing spectacular, and is pretty similar to a lot of other solo-act heroes. But even though the plot isn’t amazing, and is often quite predictable, Daredevil shines in so many other ways, and the weak plot is pretty forgivable.

The first thing you’ll probably notice is that Daredevil has an MA rating. I discounted this at first, realizing that nearly all Netflix originals are rated MA, whether they warrant that certification or not. And while Daredevil wisely avoids the nudity and excessive profanity that is so prevalent in shows like House of Cards and Orange is the New Black, the tone and content of the show definitely don’t sync up with the family-friendly Marvel/Disney films. But really, that’s one thing that makes this show so freaking good. It isn’t afraid to show some brains spilling out of a smashed head, or zoom right in on Daredevil getting stitched up over, and over, and over again. And it isn’t just the gore that makes the show dark. It is super violent, and the fight scenes (which we’ll get to in just a moment) are pretty brutal and hard hitting. But really, it’s the subject matter that defines Daredevil’s overall murky and slimy feel. Daredevil takes down drug lords, pedophiles, crackheads, human traffickers, and so on. It delves pretty deep into the criminal underworld and black market, and the show’s subject matter really sets it apart from its superhero brethren.

Okay, let’s talk about the fight scenes. Daredevil doesn’t pull any punches when it comes to violence, and the beatdowns are pretty great. All of the fights are intense and very well choreographed. Murdock gets his butt kicked enough times that there is actually a good amount of suspense during the fights, and you never really feel like he is immune to danger. Now, I specifically want to draw attention to the concluding moments of episode 2, “Cut Man”. In it, Daredevil hunts down a group of Russians who have kidnapped a little boy and are holding him captive. As he storms their base of operations, an amazing three minute fight begins. The entire scene is shot in a single take, with a single camera. Thanks to some brilliant cinematography, the fight seems entirely plausible and realistic. It’s not fancy, and there aren’t any super cool ninja moves or anything like that. It’s just an honest, brutal brawl that leaves Daredevil bruised, beaten, and breathless, but victorious. This early fight really sets the pace for the rest of the series, and it has become a bit of a viral sensation.

The characters in Daredevil are all interesting, well written, and well performed. I’d like to take a minute and break down just a few of the main characters, and what I really like about them. Obviously, Murdock makes up the core narrative of the majority of the episodes. Although he is the main character, and provides some great action and cool scenes, I actually think he is one of the more shallow characters in the show. This isn’t really a bad thing, because there are so many other great people to make up for it. But Murdock is your typical anti-hero. He wants to help people and clean up Hell’s Kitchen, and is dealing with some serious inner demons. He is not entirely uncomparable to Batman in that sense (except that he is dirt poor). Actually, I have described Daredevil a few times as Suits meets The Dark Knight. So although he may not be as deep or relatable as other characters, Daredevil is the driving force of the show, and his action scenes in particular keep you coming back for more.


Compared to Murdock, Fisk is not the main character of the show, but he definitely comes pretty close. He isn’t revealed until a few episodes in, but when he does finally appear, he does show in grand fashion. I’ve said it multiple times before in other articles, and I’ll say it again: what makes a villain great is not what he can do, but what he can’t do. It’s a character’s weaknesses that make them interesting, and Fisk is a fantastic example of this. He’s a terrifying villain, willing to kill without hesitation or remorse. He has some serious anger issues, and all of his targets fall victim to his rage-filled outbursts. But despite all this, Fisk is a very insecure individual, and never seems entirely confident about himself. Never is this more evident than the first time that we are introduced to his love interest, Vanessa. He stumbles and trips over his words when he tries to ask her on a date, and then their first date is a total disaster. He promptly takes out his frustrations about the botched evening by absolutely obliterating a man’s head, which is one of the more gruesome moments of the season. But Fisk is a fascinating villain, and even though Daredevil ultimately defeats him and puts him in jail, you can rest assured that we haven’t seen the last of the Kingpin.
See also

“The Walking Dead” Gets Another Funny “Bad Lip Reading”


It took some time for Wesley to grow on me, but once I liked him, I really liked him. He is Fisk’s right hand man, best friend, and confidant. Really, Fisk is nothing without him, and that becomes obvious once Wesley is no longer part of the picture. His calm demeanor is chilling, and he seems more dangerous than most of the other villains in the show. He is completely dedicated to helping Fisk, and always has a solution for his problems. We never really get a good look at his personality or backstory, and all we know is that he has known Fisk for a long time, but his mysterious past makes him more compelling. He’s the kind of bad guy that, had this show been released a few months ago, would have made my list of Marvel villains that we all love.

The last thing I want to do is reiterate how un-Marvel-y Daredevil is. The killer violence, blood, gore, and mature themes are a refreshing change of pace from the Disney-ish Marvel projects. There used to be a branch of Marvel studios that was meant to specialize in more mature films like The Punisher, but that production studio became more or less extinct with the creation of the Marvel Cinematic Universe. So Daredevil is a great return to darker Marvel elements, and, considering the tone of the Daredevil comics, I’m really happy with how the show turned out. I can’t wait to see more, and to see the spin-offs that Marvel has in store for this series.

If you’re still unsure about whether Daredevil is worth your time, just give it a shot. I really never got into any of the other Marvel or DC shows, and this is the first one that I watched all the way through. It’s a great show with cool characters and awesome fight scenes, and is totally worth your binge-watch.

Have you watched Season One of Daredevil yet? What are your thoughts? If you haven’t, will you check it out in the future? Let us know what you think of the show, or all things Marvel, in the comments!