Lord of the Rings Week: A Gorgeous Tauriel Cosplay

X-Men Week: This Sexy Mystique Cosplay Really Has that X-Factor 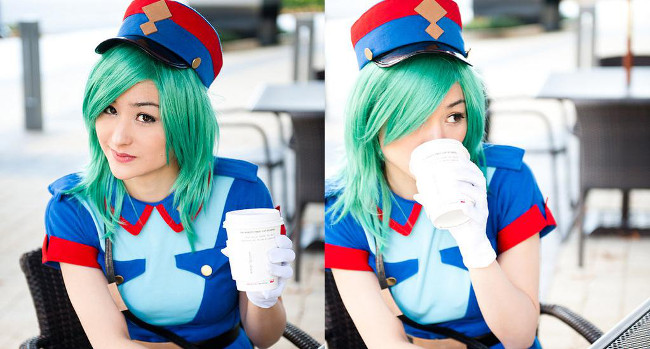 Nope, that’s not Déjà vu you’re suffering from, it’s actually Officer Jenny. Most within the Pokemon fandom – and even some outside of it, know exactly who this blue and green clad woman is. That might seem like a lot of work for just one woman, right? Good thing she’s not just one woman, and in fact there are many Officer Jennys scattered throughout the Pokémon universe. If Jenny alone isn’t recognizable enough, the woman (or women, rather) is generally accompanied by a Growlithe or Arcanines that she uses as police dogs to help her on the job. Unfortunately for most of the masses within the Pokémon world, it seems that the women are hard to decipher between – understandably so considering they all look alike, with Brock, a companion of Ash Ketchum, being one of the only people able to identify the differences between one Jenny and another. Mostflogged has taken an iconic character from the Pokémon universe, and given her hints of adorableness that even Officer Jenny wasn’t quite able to achieve just on screen. With just a hint of a smile and coffee in hand, Mostflogged has given that extra pop to Officer Jenny, and transitions her from a character one might only be okay with seeing in animation, to a character fit for every day life.

All of This Week’s Epic Cosplays in One Place