Get Caged with this Cassie Cage Cosplay 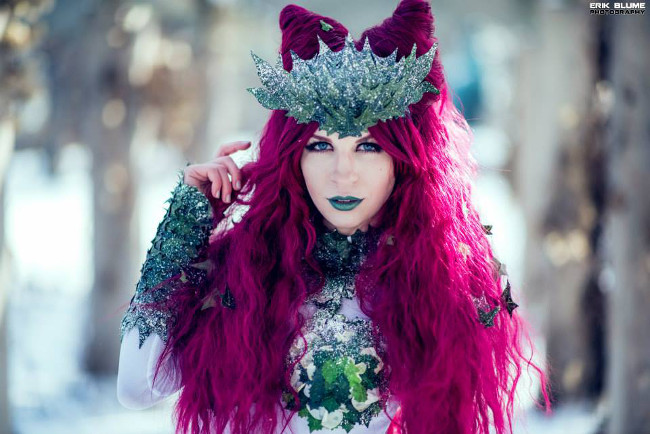 Poison Ivy Becomes a Beauty in This Snow Clad Cosplay Poison Ivy is one of the many beauties part of the Batman universe. With striking red hair, a greet outfit that seems to make everything pop, and looks that could kill there’s no wonder as to why men and woman alike might pine after her. DC Comics made her first appearance in 1966, and is one of the world’s most prominent eco-terrorists, knowing her way around a plant, being skilled in botany and environmentalism. Best friends with Harley Quinn, there’s no doubting that Poison Ivy is just devious. While fans are used to seeing Poison Ivy covered in plants, they might not be so used to seeing the villainess in a winter setting, donning an outfit suited for the occasion. In a series called “Season of Ivy”, cosplayer HJ Steele is taking on Poison Ivy in multiple styles — each adapting to the seasons of the year. Not only is her rendition amazing, but she has put a twist on the character that is truly her own — something you don’t see every day.