An Ahri Cosplay to Make Your Heart Melt

Cosplay of the Day: A Neon-Filled Tron Legacy Cosplay 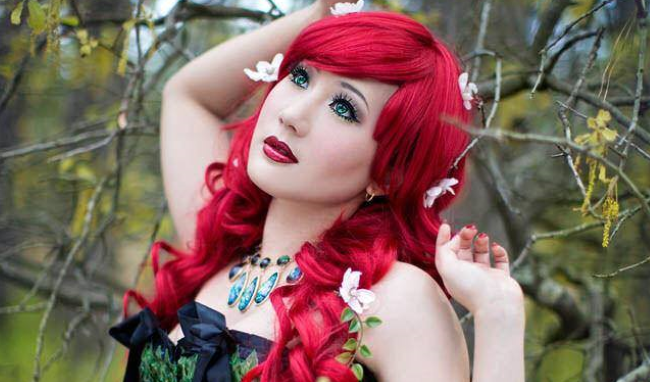 Poison Ivy Cosplay: The Most Beautiful and Devious Eco-Terrorist Dr. Pamela Lillian Isley, better known as Poison Ivy, the red-headed bombshell villainess of the Batman series needs no introduction. Her iconic outfit made of her namesake is no easily forgotten. She first appeared in 1966 in Batman #181. She is one of Batman’s recurring foes that can greatly challenge him with her depth of knowledge of toxins, her genius mind and ability to control plant life. Often seen causing mischief with her partner in crime Harley Quinn, Poison Ivy is a villainess that will not leave the minds of Batman fans anytime soon. With such a large fan base there have been many variations of Poison Ivy throughout the cosplay world. Chubear Cosplay presents us with a delightfully feminine and sexy rendition of her outfit. Wearing an intricate corset adorned with poison ivy leaves and matching bottoms, she looks mischievous and enticing, embodying Poison Ivy’s personality. The corset is finished with deep green and black bows adding an elegant touch along with the beautiful necklace that she has chosen. To complete the outfit are the white blossoms threaded to her hair. It adds a soft touch to the often seductive Poison Ivy. The natural setting is the perfect compliment for the character and highlights her eco-terrorist classification and love of the environment. Chubear Cosplay has done Poison Ivy justice with her well executed cosplay.