You Can’t Get Better Than this Stunning Laura Matsuda Cosplay 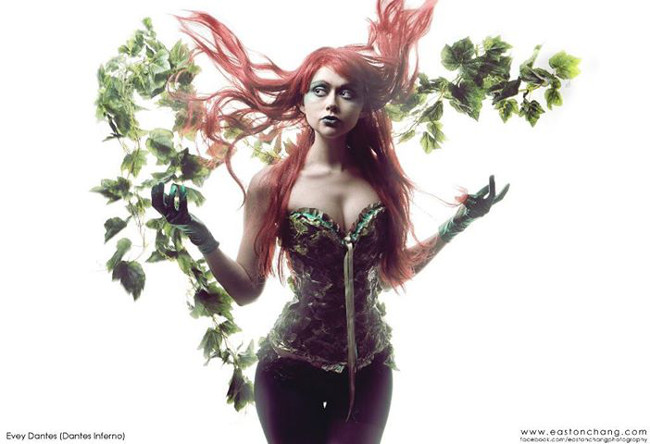 Poison Ivy is Ravishing in Cosplay by Evey Dantès Femme fatale Poison Ivy has turned heads in her leaf adorned leotard since her debut in 1966. Promoted as a super villainess with a genius intellect and immunity to toxins, her love of nature ended up with her being labeled as an eco-terrorist. Choosing plant life over humanity, her only real companion is fellow villainess Harley Quinn. Having an extensive knowledge of poisons, she helps Harley Quinn become immune to various type of poison. With her body’s ability to produce mind control pheromones and a deadly kiss, she is a dangerous beauty. Cosplayer Evey Dantès wows as the redheaded vixen in stunning photos. With an earthy setting, Evey Dantès really pops off the screen. Donning an ivy covered leotard and dark nylons, Evey Dantès becomes Posion Ivy flawlessly. With fanning red hair and green gloves, her details are fantastic. The vines accompanying her bring to life one of Poison Ivy’s abilities, the power to control plant life and use those vines as weapons. The costume is well done and the setting compliments her hard work beautiful.