Umbreon Gets Seductive in Gijinka Cosplay

This Cosplay of Tracer from Overwatch is Totally Awesome 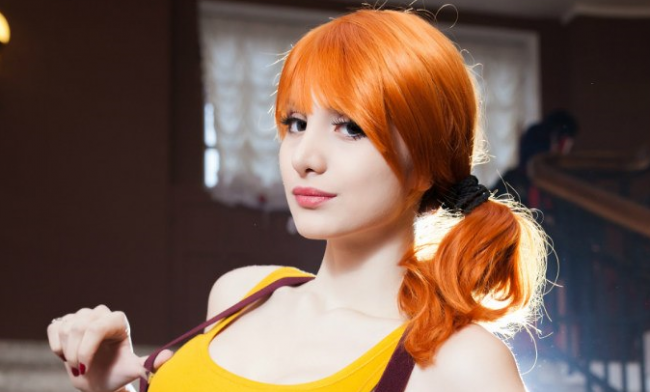 Pokemon Misty Cosplay Will Have You Catching All the Feels

There’s no doubt that everyone is back on that Pokemon hype since the release of Pokemon Go just a couple of weeks ago and why shouldn’t they be? Not only has the game brought on an onslaught of nostalgia but it’s getting people to be active, socialize and make new friends — despite what team you’ve chosen to be on. The real hero here, however, is the original show that dates all the way back to 1995. Even twenty years later, people are still in love with the Pokemon franchise and rightfully so. They gave us characters to fall in love with — like Ash Ketchum and his crew, Pokemon to grow attached to and the hope, no matter how silly it might be, that a world might that like exist. People who cosplay have taken to using their creativity to recreate characters from the show and one of the most popular has to be Misty. In case you’ve forgotten who Misty is — and if you have how dare you, she’s the fiesty tomboy that becomes a part of Ash’s pack of friends. Misty was determined to become the best Water Pokemon Trainer out there, leaving her sisters behind in order to seek out this dream. While there have been dozens upon dozens of cosplays of Misty, not everyone has done it with such finesse as Mari Evans. Bringing Misty to life is a feat in and of itself but Mari-Evans has don’t just this. The details of Misty shine through this cosplay and give it that edge that others don’t always have.