Use the Force with this Mara Jade Cosplay

Dizzy Cosplay is Ever So Enchanting 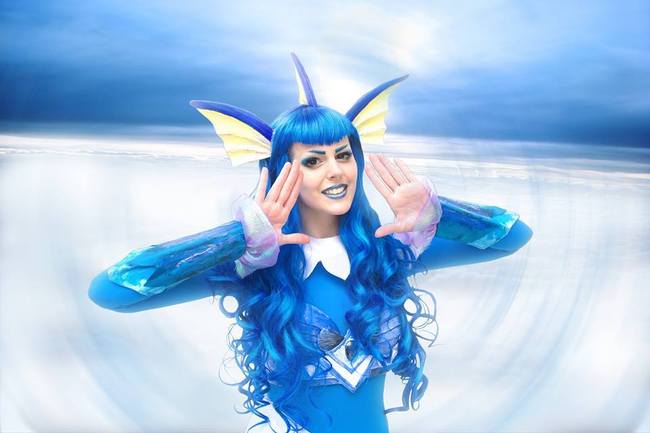 What do you get when you cross Eevee and the radiation from a Water Stone? You get something along the lines of a Turkish van cat, a mermaid and a fox. Also known as Vaporeon.

Vaporeon is one of the eight Pokemon evolved from Eevee, and has the ability to absorb water-type moves and heal themselves amidst a battle with a fellow Pokemon. They also have the ability to breathe underwater, unlike their predecessors from before their evolution, as well as melt into water and manipulate water molecules the way Magneto manipulates anything that is metal.

Pokemon cosplay is always a joy to behold and it’s interesting how the cosplayer adapts a Pokemon into a human form and still have it recognizable. British cosplayer, Emmy Clapp has assembled and brought to life an incredible cosplay of the aquatic anthropomorph, Vaporeon. There is so much to love about this cosplay – the signature Vaporeon headpiece fins, the makeup and the armoured breastplate she’s constructed. We love Pokemon cosplays a lot here at All That’s Epic and this cosplay is without a puddle of doubt, epic.