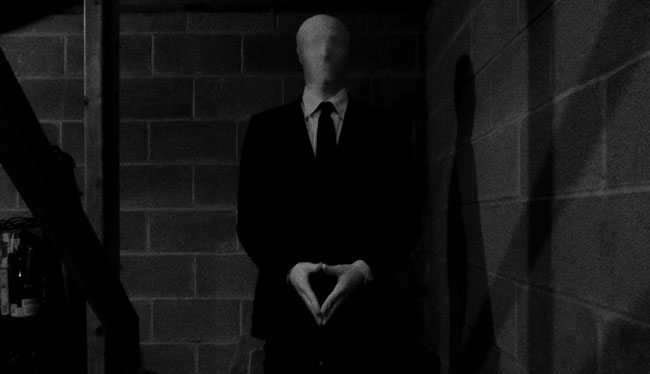 Let’s face it; horror in the mainstream video games industry has been pretty flat lately. Hard core fans now have to resort to older games – games that delivered scares that were completely terrifying and completely fresh when they were released. The market has been somewhat lacking recently, creating a niche for up-and-coming Indie developers to try and fill with unique ideas as well as new approaches to some tried and tested methods from years past. Here, we list the Top 5 of these games, the ones that caught our attention and made us pee our pants!

5. Anna “Explore the Darkest Depths of the Human Psyche” A first person adventure horror title that has made waves in the indie gaming community, it’s most noted for how it delivers a truly unsettling experience as it explore the darkest corners of our minds. Starting out in daylight provides a sense of confusion and somewhat safety, but things soon turn strange – darkness engulfs, strange occult markings appear on the walls, screams come from the walls of the sawmill and doors slam shut behind you of their own accord. With an immersive atmosphere, interesting puzzles and a total of three different endings to be had, this game is an achievement any indie studio would be proud of

Anna can be purchased right now on Steam. Set at the site of the SCP Foundation, the player must navigate the hallways of a building that was housing some of the most dangerous entities unknown to most of the population. The beings are kept secret, either to be studied, or because they are purely too dangerous to be left out in the world. Being a Class D – essentially a disposable human guinea pig – the player must use their wits to try and escape when there is a breach on site and all hell breaks loose. What’s worse is no one will be coming to help you, much the opposite, even the sent in security team will shoot you on site if they spot you. Your only hope is to manoeuvre through room after room of uncertainty, trying to avoid the creatures that have been released in the breach; they are all hostile, and they want out just as badly as you do – don’t get in their way.

It’s most notable feature is the blink mechanic, where a bar gradually decreases until your character must blink – the main enemy you come up against can only move when not in direct line of sight – so blinking at the wrong time can mean certain death. It’s this interesting mechanic along with the continuous updates that add new enemy SCPs and scenarios that make this game worth playing. From the developers that brought the world the Penumbra games, comes Amnesia: The Dark Descent – a truly horrifying experience that delivers on multiple levels. Waking up with amnesia in a creepy old castle is bad enough, but when weird organic goo coats the walls, monsters creep out of their hidey-holes and chase you, and a whole bunch of puzzles stand between you and freedom – you can bet this is going to be difficult. With no means of which to defend yourself (you heard me right, absolutely none!) witnessing unsettling events or being chased by monsters will gradually drive you insane, the only way to regain your sanity is to solve puzzles and progress or by standing in a light source. With it’s unique atmosphere and chills, there have been multiple stories added as extra content by other members of the gaming community which has allowed the game to fully flourish. All this extra content gives endless hours of gameplay as well as new scares with every new story, plus the added bonus that the community can interact with the game on multiple levels – not only playing it, but creating it.

Now we’re just waiting on the sequel – Amnesia: A Machine For Pigs – but, for the moment, if you feel like running around lost and helpless for hours on end, check out The Dark Descent on Steam. A very simple looking game that enhances fear by channelling a very basic fear – that you can’t escape. The player must navigate the surrounding areas, trying to find a key to unlock a door, whilst being stalked by “White Face”, a being that is utterly creepy until the very end. The game’s home run, even though it’s a very short experience, is that it interacts with the player’s computer. Upon entering the game, a message pops up that reads “Imscared needs a personal folder in order to work correctly. The game will try to deceive you as many times as it can. I’m extremely sorry. I didn’t really want to do that. Forgive me.”And it is through this file that the game works it’s scary magic. At times, the game will push you out, and leave messages in its file on the computer. White Face will never leave you alone, even when you’ve stopped playing the game – he’s still coming for you. This brought fear upon me on an entirely new level, the pure essence of my fear was fully realised with the prospect that I may have infected my computer with a horrific entity, was incredibly unnerving.

Players Can Now Get Down to League of Legends’ Music

Play it for yourself. This beauty of a game has made its way into the mainstream after amazing success when it was originally released back in 2012. This title wins the spot for number 1 thanks to its simple kind of terror that chills you to your bones – waking in a forest at night time with no memory of how you got there, armed only with a flash light and an objective: “Collect 8 Pages”. All the while you are relentlessly stalked by Slender Man, a tall, faceless figure in a suit and tie, his arms and legs stretched beyond the point of normality. He will only move when you’re not looking at him, but keeping him in your sights for too long results in him catching you and the game ending. Since its release, people have taken to YouTube to record their reactions playing it, including myself – I spent most of my time screaming in sheer shock, my heart racing, desperate to run away! Others have tried their hand at creating a homage of sorts to the game – producing countless titles in a similar style with the same notorious Slender Man popping up to scare gamers.

Due to the game’s success, Parsec Productions have teamed up with Blue Isle Studios to bring a commercial version of the game available to the masses, with a story, improved graphics and new entities to escape from – Slender: The Arrival. Definitely worth a look!