Diablo 3 Cosplay is Ready to Hunt Down Some Demons! 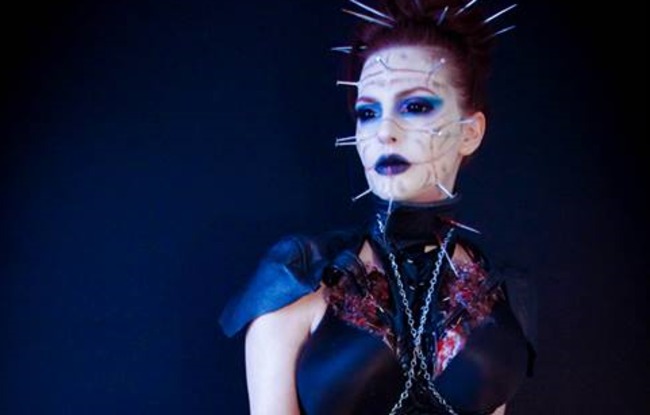 Prepare to Get Chills: A Hair-Raising Hellraiser Cosplay Hellraiser has always been seen as one of the definitive examples of 80s horror movies. It was one of the first slasher flicks that introduced its viewers to a whole new class of evil, the Cenobites, who were exclusive to Clive Barker’s Hellraiser universe. It also ushered in a unique idea that monsters could be more than mutes, such as Jason, or wisecracking Freddy. The Cenobites always seemed as if they were two steps ahead, using intelligence and quick wit to strike fear into their victims. The original cinematic poster described these creatures as “demons to some and angels to others,” and that they would surely “rip your soul apart”. Depending on which of the nine Hellraiser movies you’re familiar with, the name Pinhead is synonymous with the entire franchise. Once an English army officer, Elliot Spenser solves the Lament box puzzle and his grand prize is being transformed into the frightening guise of Pinhead. Forever doomed to collect souls in a grotesque manner. Cosplayer Nicci Fett does an amazing, bone chillingly accurate genderbended portrayal of the all-knowing antagonist Pinhead. Her puzzle box also adds a brilliantly unique touch. She almost seems to ask “What’s your pleasure, sir?”. Heaven (or Hell) knows I wouldn’t want to be the next soul she harvested.

This Asuka Langley Soryu Cosplay Pilots its Way into Your Heart