Rin Tohsaka Fights for the Holy Grail in Amazing Cosplay 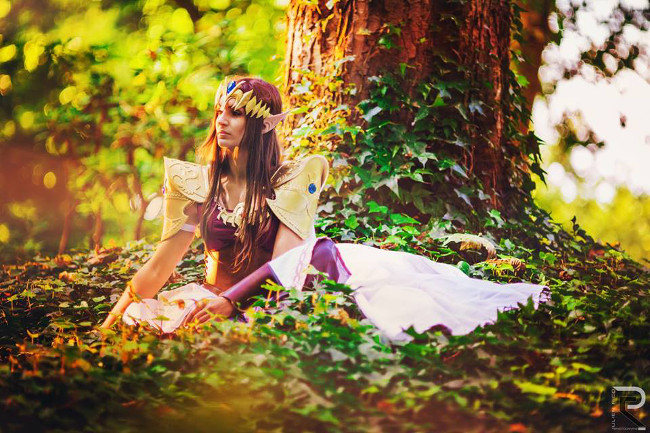 Hey, listen! Now, if that phrase doesn’t spark some of the best childhood memories a gamer could have, I’m not sure what to make of you. The Legend of Zelda franchise has become somewhat of a staple in the gaming world, numerous players starting their gaming days with the series. Needless to say, whether you’re heavy into gaming or not you’ve heard of The Legend of Zelda. Whether that means you’re familiar with the title’s main protagonist Link, the Triforce, or Princess Zelda herself. As most may know, The Legend of Zelda focuses on Link — who often times get mistaken for Zelda, and his journey to save the princess and Hyrule from Ganon, who is more often than not the antagonist in the titles.

But here’s the thing, who ever said the princess needed saving? I mean, sure, sure it might have seemed that way — what with Ganon kidnapping her and all, but think of a world where Zelda could save herself. You might wonder under what circumstance that would occur but if you use your imagination — or wait until I tell you, then it’ll soon make sense. One of the most fantastic things about cosplay is the ability to take a character and give them your own twist, sometimes it’s by sheer creativity and other times it’s by crossing one fandom with another. Nuna Cosplay has decided to go with the latter of the two and has merged two concepts together that one might not have thought to put together themselves. Princess Zelda is still a Princess but she also has the look and ability of an assassin, which is completely badass. Her long, flow-y skirt has been traded out for a pair of pants — something that will probably help when it comes to parkour. Now it seems that Princess Zelda and Link can work more cohesively, taking down enemies together — instead of him taking them on for her.

This take on Princess Zelda is truly awe-inspiring, and has you asking for more. There’s more than a handful of pictures to gaze upon, each adding more and more layers to a character that could be — in an alternate universe of course. Either way, there’s no denying that this cosplay is one of the best out there, not just in its category — whatever that may be, but in general. All of the kudos go to Nuna Cosplay and if you’re interested in checking out more of this talented artist’s work then check out her Facebook and Deviantart pages.