Editor’s Pick of the Week: An Incredible Firecracker Jinx Cosplay 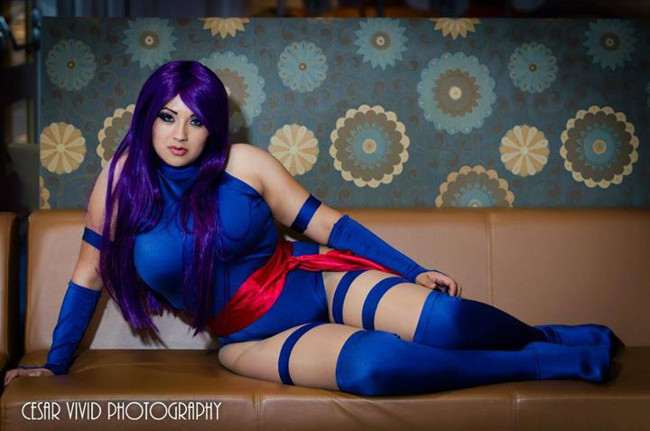 Elizabeth Braddock grew into her psychic and telepathic powers at the age of 16. With strong abilities she was recruited into S.T.R.I.K.E.’s Psi Division and sent to infiltrate the Hellfire Club. This started her long career fighting bad guys. She first became Psylock when she was kidnapped by Mojo and forced to be part of his “Wildways” show. Rescued by the New Mutants, she would later become a member of the X-Men by proving her bravery by protecting the injured and reading Sabretooth’s mind when he invaded the X-mansion. Ivy Doomkitty is drop dead gorgeous in her rendition of Psylocke. Sporting purple hair, a blue leotard and matching blue gloves and boots, she is the picture perfect Psylocke. A red ribbon is tied around her waist and blue bands embellish her legs and arms. Her penetrating gaze makes it all too real that she has the ability to read your mind.