Borderlands Week: Maya Prepares to Shoot Up Psychos in this Cosplay 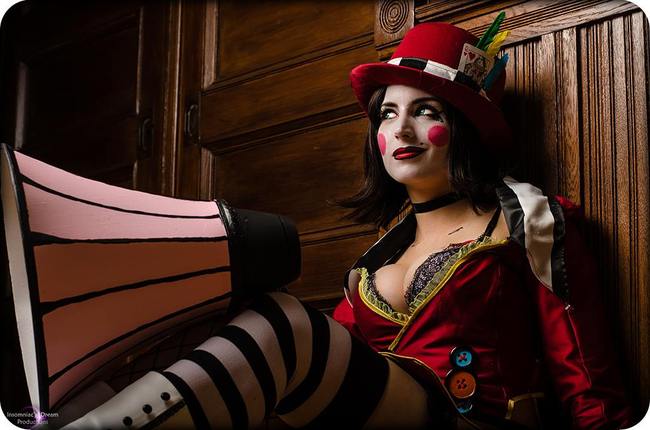 Raise the Roof for This Stunning Mad Moxxi Cosplay! The Borderlands franchise is a place that has swept the nation, collecting fans as the years go on. With quirky characters, it’s hard not to get sucked into everything that Borderlands has to offer – the elements that make up the title being quite solid. Through the handful of characters that gamers seemed to grow attached to, Mad Moxxi was one of the more popular. There’s no denying that looks had something to do with it, Moxxi being quite the looker, but the woman is much more than her looks. Not only is she capable of handling her own – both owner of a handful of bars and hostess of the Underdome. Her sadistic attitude lures people to her, and with the adrenaline might get from her dangerous nature it’s no wonder one might gravitate toward her. That might be why cosplayers enjoy taking on such a persona as well, getting the ability to become Moxxi by donning her red, black, and white outfit. While there are cosplayers who deserve a tip of the hat towards their Mad Moxxi cosplays, Negative Stacey takes the cake. Not only is her Mad Moxxi flawless but it truly brings the character to life. Her stunning rendition of Mad Moxxi turns the woman into something authentic, truly real and that is why this cosplay deserves a loud round of applause.