This Little Mac Cosplay is a Real Knockout 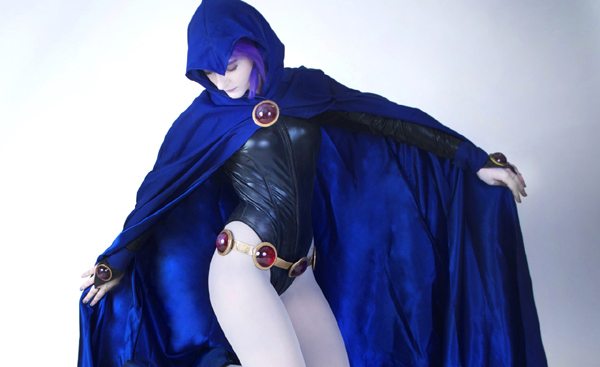 Raven Casts Her Way Into Our Injustice: Gods Among Us Cosplay Week

Get your controllers ready because Injustice: Gods Among Us released today! In honor of such, we will continue our week-long event featuring cosplays of some of the beautiful DC Comics female characters appearing in the highly anticipated fighting game. We decided that next up should be the gorgeous, yet intimidating, Rachel Roth, better known to us as Raven. Although Raven has a daunting exterior, all she wants is to bring goodness to the world. Too bad her father is a demon who insists on the destruction of the world! Harnessing unspeakable amounts of power given to her by birth through her father, Raven is constantly having to control her aggression in order to make sure that she doesn’t wreak horrible force upon the world. A faithful member of the Teen Titans, Raven wields vast amounts of dark magic abilities that she is able to cast upon foes with true skill. But because of the fact that Raven has to restrain her strength, some of her abilities remain a mystery, and her true potential may never be known.

Cosplayer Miss Wynn has created one of the best Raven cosplays to date. Modeling her sapphire blue cloak and black leather bodysuit, Miss Wynn accurately portrays Raven in a way that shows that she is dark and intimidating, yet insanely inviting. For more Miss Wynn, make sure to visit her Tumblr page!

A Snow White Cosplay that is the Fairest of Them All