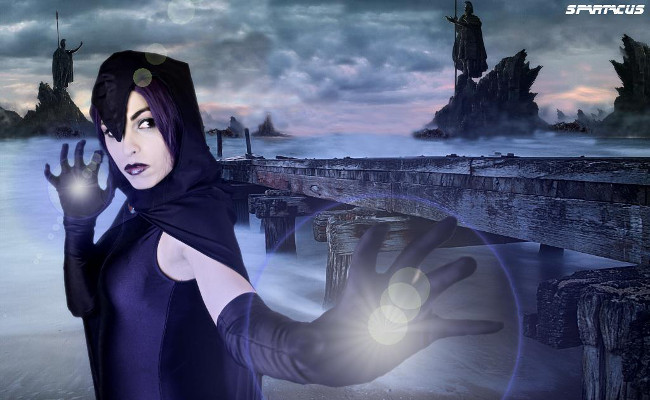 A Raven Cosplay That is Truly Out of This World!

There is something about Raven’s mysteriously quiet personality that makes her so awesome. Perhaps it is her sarcastic and almost emotionless comments towards those around her, or perhaps it is her secretive soft side for her fellow Titans that make her one of the most interesting characters on the Teen Titans team. Nonetheless, Raven’s unique attributes have certainly inspired some great cosplays over the years; however, Iris Afasia has done an out of this world job at crafting her spot-on embodiment of the recluse daughter of Trigon. Iris has brilliantly chosen the perfect color and texture for her cape and leotard that truly gives her costume that soft yet mystical feeling of one who possesses the astounding powers of the underworld. When taking the task of bringing a character to life, it is imperative that a cosplayer goes beyond just wearing a costume. In order to truly rise above other cosplays, they must embody every aspect of the character, including their personality. Iris has done such an amazing job at truly bringing out Raven’s mysterious traits in order to bring her to life in these epic photos! She has teamed up with Spartacus photography to bring us these epic photos that capture the mysterious essence of Raven’s unique attributes by editing her character onto ominous scenes with illuminating magic bursting from her hands. Iris’ embodiment of Raven certainly deserves some love in the community for its beautiful craftsmanship, and we are definitely eager to see what other wonderful cosplays this talented cosplayer has planned for 2014 after witnessing her epic personification of Raven.