You Have to See this Awesome Sinon Cosplay 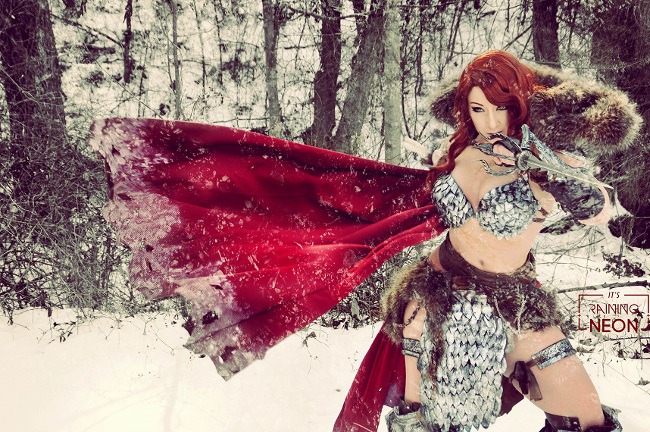 Red Sonja first graced the pages of comics in 1973 with Conan the Barbarian #23. Having her family and life ripped away from her at the age of seventeen by a group of raiders, her origin story takes two seperate paths. When she was first introduced, Red Sonja was defiled and called out for revenge. Gifted vast abilities from her goddess in exchange for chastity, she became a skilled warrior. In the latest reboot, Red Sonja was not defiled but was caught later on by slavers. As a slave she was forced to fight in the arena, which is where she gained all her fighting skills. It’s Raining Neon fell in love with Red Sonja during her reboot, feeling the character was how she was supposed to be. With this in mind, she created a fur robed Red Sonja in all her metal bikini glory. The overall feel is absolutely astounding. The craftsmanship is on point, from the scale mail bikini to the shin guards to the fur cape. The setting is perfect for this cosplay. It’s Raining Neon really brings the fiery red headed Red Sonja to life.