Get Seduced By This Wicked Morrigan Aensland Cosplay 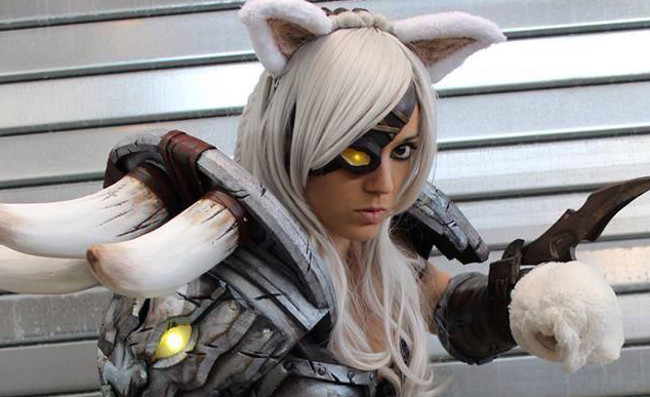 Rengar Prepares to Stalk His Prey in Badass Cosplay Rengar is an assassin in League of Legends. With the ability to hide himself in plain sight, his prey very often fell to his might before he could really enjoy himself. Reveling in the thrill of the hunt he finally met his match in Kha’Zix, a bug from the Void that permanently damaged not only his face but his pride as well. Vowing revenge and setting aside a spot on his trophy wall for the bug’s head, he made his way to the League of Legends to face off against his greatest foe ever. Cosplayer illyne dons the big cat’s fearsome armor in a magnificent cosplay. Covering her face is his eye patch with the bright yellow gem shimmering. The yellow gem is also seen in the detailed shoulder armor witch has large spikes protruding from it. The rest of the armor is worn and damaged as it has seen many battles. Her kitty ears and tail do not detract from the menacing poses she holds while waiting for the perfect moment to pounce.