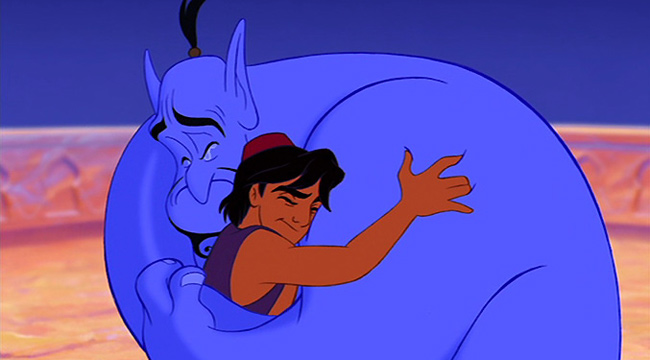 Though Robin Williams may have left us too soon, his work will always be with us and he will always be remembered by millions. To honor his memory, we thought we should take a look at some of his best work and what made it so good. Some of these films are just great films that he happened to be a part of, and some were put entirely on his shoulders. In the hours following his passing, I heard a journalist mention an interesting point that I agree with: You could make a valid argument for Robin Williams’ best work being a sitcom, a dramatic movie or a comedic movie. He wasn’t afraid to try something different, he did big budget fantasy movies, small independent movies, Disney cartoon voice-over roles, standup comedy specials, you name it, and Robin Williams probably tried it. In one of his first starring movie roles, Williams played Adrian Cronauer, a lively and unorthodox radio DJ who causes a stir when he is assigned to the Armed Forces Radio station in Vietnam. This was our first glimpse into how quickly and cleverly Williams’ mind worked. He rattled off his lines with great ease and broke into improvisation at the drop of a hat, all while moving the story forward. The role landed him an Oscar nomination and Golden Globe win and it may forever be responsible for his most quoted line: “Gooood Morning, Vietnam!” What if Peter Pan grew up? Steven Spielberg directed this fantasy retelling of the Peter Pan story with Williams playing the role of Peter, Julia Roberts the role of Tinkerbell, and Dustin Hoffman the title character. Admittedly, is a bit all over the place at times, it was almost impossible to follow the entire story properly as a child, and the sets in Neverland are clearly shot on a soundstage. However, the score by John Williams is top notch, Dustin Hoffman escapes into the role of Captain Hook and Robin Williams is sufficient enough as both the normal father Peter Banning and the childish Peter Pan. Let’s take ourselves back to the early ‘90s and the Disney cartoon frenzy was at its highest point, they were releasing hit after hit. The Little Mermaid, Beauty and the Beast, and The Lion King are just some examples of the work that was being produced and gobbled up by both parents and children. A film that was also included in that period was the story of a homeless boy in Arabia named Aladdin who finds a hidden cave and inside discovers a magic carpet, riches beyond his belief, but most importantly, a magic lamp that contains a genie voiced by Williams who could grant three wishes. The film is well written, the songs are catchy, and Williams is in his element as the fast talking, sarcastic genie that helps Aladdin as much as he can without being overbearing. My favorite Disney cartoon is one of Williams’ best film performances. A fun romping family comedy from Chris Columbus stars Williams as a father who disguises himself as a female housekeeper to spend time with his children held in custody by his former wife played by Sally Field. There isn’t anything overly clever in this film, however it moves along at such a steady pace that it never becomes boring or stale and I watch it every time I come across it on cable. There are some subtle classic lines that only Mrs. Doubtfire could say like, “It was the drink that killed him.” Sally Field’s response, “How awful, he was an alcoholic?” Mrs. Doubtfire shoots back, “No, he was hit by a Guinness truck.”

DreamWorks’ “The Girl on the Train” Movie Rolls Forward My favorite performance from Robin Williams came in the form of a psychologist who tries to help a young janitor who has a gift for mathematics but needs help finding his way in life. This dramatic turn by Williams was good enough for him to earn his only Academy Award and part of that is thanks to the tremendous script written by Matt Damon and Ben Affleck who also won an Academy Award. He was given numerous scenes with monologues and back and forth dialogue where he could really show his range as a dramatic actor. However, there is one scene that he changed without telling anyone. After Damon initially meets with Williams, he is looking at a painting and mentions his dead wife and suggests that she probably was sleeping around on him. In the script, Williams was supposed to grab Damon by the neck and say “If you ever disrespect my wife again, I will kill you.” Instead he said “If you ever disrespect my wife again, I will end you. I will fucking end you. You got that, chief?” The surprised reaction from Damon, who wrote “kill”, was so genuine that they used the take in the final cut.

What is your favorite Robin Williams movie role? Sound off in the comments below.