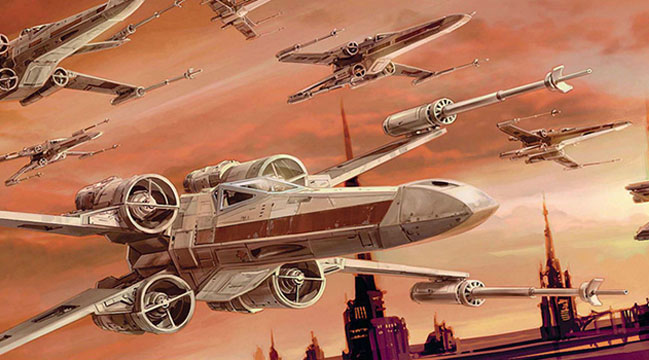 The first Star Wars standalone movie has a name! Lucasfilm has revealed that the film will be titled Rogue One.

Gareth Edwards (Godzilla) has been tapped to direct the film, which is described as “the first film in a unique series of big-screen adventures that explores the characters and events beyond the core Star Wars saga.” Chris Weitz is writing the script. Felicity Jones (The Theory of Everything) will star in an unknown role.

Few details are available about the film’s story, though one Star Wars spin-off rumor claims that it could feature a group of bounty hunters who are planning a heist to steal the plans to the Death Star.

“The idea for the story of Rogue One came from John Knoll, an Academy Award-winning visual effects supervisor and chief creative officer at Industrial Light & Magic,” reports StarWars.com. “He will executive produce along with Simon Emanuel (The Dark Knight Rises, Fast & Furious 6) and Jason McGatlin (Tintin, War of the Worlds).Kathleen Kennedy and Tony To (Band of Brothers, The Pacific) are on board to produce and John Swartz (Star Wars: The Force Awakens) will co-produce. The film starts shooting this summer in London and is due for release on December 16, 2016.”

In other Star Wars news, it was announced today that Rian Johnson will write and direct Star Wars: Episode VIII for a May 26, 2017, release.