Use the Force with this Mara Jade Cosplay 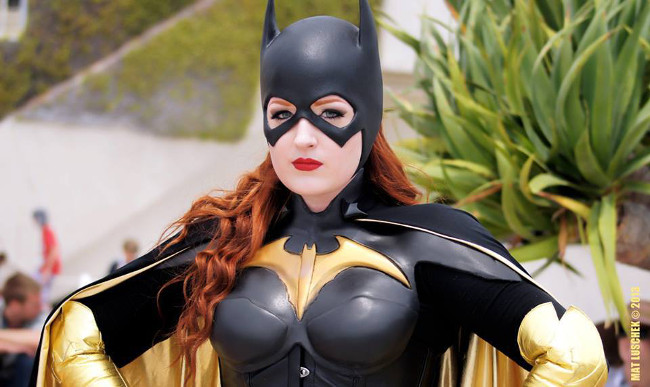 Save Gotham City with this Batgirl Cosplay!

She’s one of Batman’s sidekicks and also a vigilante superhero, operating within the Batman family. She patrols Gotham City fighting crime using her mastery of the martial arts, her wits, and an arsenal of high-tech gadgets. There have been several women to take the position over the years but none live up to Barbara Gordon, who is most well-recognized as Batgirl and niece of Commissioner Gordon. She was the Batgirl for many years until the Joker shot her through the spine during Killing Joke and thus paralyzed her. Barbara still fought crime from her wheel-chair as Oracle, an international super-hacker and invaluable computers expert for heroes everywhere. Helena Bertinelli, also known as the Huntress, took the position during No Man’s Land but later relinquished it. When a cosplayer dons the outfit of their favourite character, whether it be from a game or a comic book, they embody their personality. And when you look at a photo of someone in cosplay as their favourite character, you read their history and their experiences on their face, the lines on their outfit and even their superhero mask tells a story. That’s exactly what we see when we look at Becca Batgirl’s cosplay of Barbara Gordon, one of the most highly esteemed Batgirls ever. Not to mention, when we look at this cosplay, we can’t help but admire how well everything is stitched together to create this fantastic cosplay of Batgirl. There is nothing you can not love in this cosplay! This Silent Hill Nurse Cosplay Will Both Scare and Delight