A Psylocke Cosplay that is a Sight for Sore Eyes!

This Psylocke Cosplay is Absolutely Striking 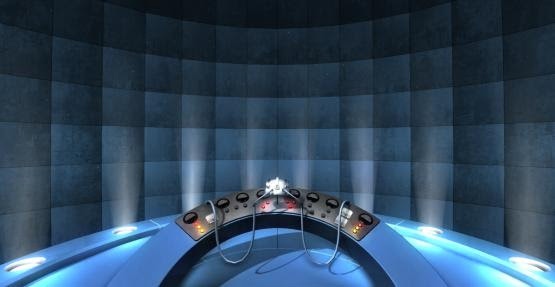 Have you ever wanted to be Professor X? This year’s San Diego Comic-Con will give attendees a chance to be in the shoes of Professor X in a virtual reality experience. The attraction uses the Oculus Rift virtual reality headset to stimulate the mind and Professor X’s tech to defend mutants.

The X-Men virtual reality experience is 360-degree, 90-second virtual adventure that will take place inside Fox’s booth #3528, where attendees will sit in a replica of Professor X’s wheelchair and virtually hunt shape-shifting mutant Mystique in the San Diego Convention Center. Each experience will be recorded and made available for users to share on social media.

“No one other than Professor Xavier has been able to control Cerebro…until now! Twentieth Century Fox Home Entertainment will give you the power to control the world’s most powerful machine for mutants on the Comic-Con show floor!

Using the Oculus Rift development kit, fans will enter Cerebro to scour the show floor in order to find Mystique before it’s too late in a mesmerizing 3-minute, 360-degree virtual reality world. Each experience will be recorded via a mounted Go-Pro camera and the best reactions will be made available to share on social media platforms.

X-Men enthusiasts will also have the exclusive opportunity to pre-order the X-MEN: THE CEREBRO COLLECTION. Available only at Comic-Con, this limited edition collection of only 1,000 features X-Men, X2, X-Men: The Last Stand and X-Men: First Class on Blu-ray packaged in a replica of Professor X’s Cerebro helmet.

Fans who take part in the Cerebro Experience will also be able to collect one of four exclusive X-Men character posters. A new poster will be unveiled each day of the show and quantities are limited.

The X-MEN: THE CEREBRO COLLECTION and X-MEN: DAYS OF FUTURE PAST are available for pre-order separately for $79.99 and $22.99 respectively, or together for $89.99. Product will be shipped to all those that pre-order at Comic-Con when it is officially released later this year.

Additionally fans will have the opportunity to download the state-of-the-art Cerebro app, the definitive source for all official X-Men movie news and the complete reference for mutants in the X-Men movies universe!”

Check out the photos here: