Comic-Con Staying in San Diego Through 2021 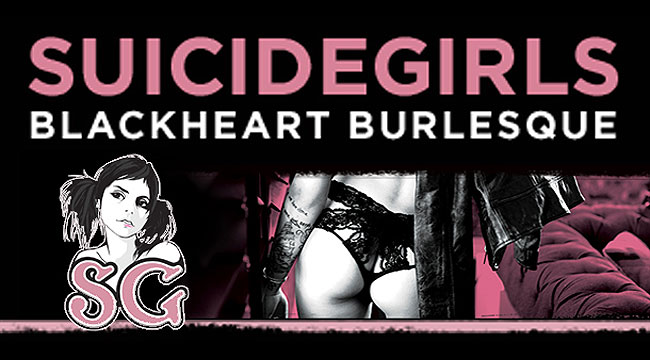 The SuicideGirls and the House of Blues at midnight in San Diego, sound like a good time? To help celebrate the Con, The SuicideGirls: Blackheart Burlesque show will be appearing on Saturday, July 26 at the San Diego House of Blues. If you’re planning on attending SDCC, you may also stop by their booth on the convention floor to say “hello” to these edgy beauties. The show will include some of the most popular of pop culture, in the SuicideGirls’ unique style.

Check out the press release below:

July 8, 2014 – Los Angeles, CA – The SuicideGirls: Blackheart Burlesque will be performing at San Diego Comic-Con! The internet’s top community celebrating alternative beauty and indie culture has announced a spectacular midnight, geek fantasy show, SuicideGirls: Blackheart Burlesque, which will be held on July 26th at House of Blues in San Diego, CA. Tickets are on sale now at http://blackheartburlesque.com/.

You can check out blackheartburlesque.com for tickets, which are on sale now.