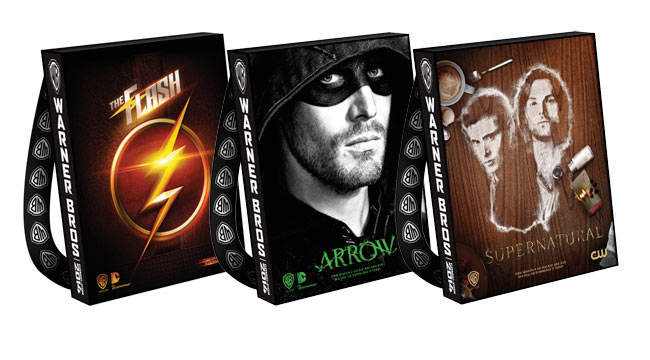 More than 130,000 bags will be handed out this years San Diego Comic Con and Warner Bros. has a wide variety to choose from at this years convention. Depending on what you are in to, there is a little something for everyone. Bags are generally handed out randomly at SDCC, but you can hope to score your favorite from the following selection: Constantine, iZombie, The Originals, Vampire Diaries, Supernatural, Gotham, Arrow, The Flash, The Following, Mike Tyson Mysteries and Teen Titans Go! There will also be two other bags for the special 75th anniversary for Batman, one of which for the classic Batman TV series. That is an amazing selection for this year’s San Diego Comic Con!

The bags are a prized possession and those that look forward to these bags also love to collect them, especially over the last five years. You can check out all of the designs below! Let us know which one you plan on scoring over the convention weekend! What has been your favorite bag from conventions past?