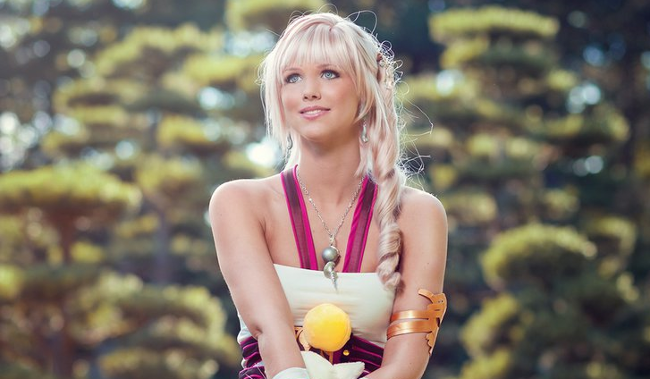 Final Fantasy has been a beloved RPG since its debut in the gaming world in 1987… inspiring many new installments in the series since then. One of the recent fan-favorites is Final Fantasy XIII, which already has two sequels and a popular cast of characters that are often cosplayed. The additions, of course, are XIII-2 and Lightning Returns. If you’ve played the games, names such as Vanilla, Fang, and of course, sisters Lightning and Serah should be familiar. The latter two are the heart of the tale, prominently featured in all three games of the XIII storyline. Cosplaying the stunning Serah Farron in her XIII-2 attire is Nameine. The spirit of the character is truly captured in this beautiful set of photos. The outfit displays an impressive level of craftsmanship with all of the intricate details of Serah’s attire. The overall feel is complemented by the radiant sunlight pouring through the trees, highlighting her incredible cosplay.

Her smile, however, outshines everything around her.