Be Set Aflame by this Triss Cosplay 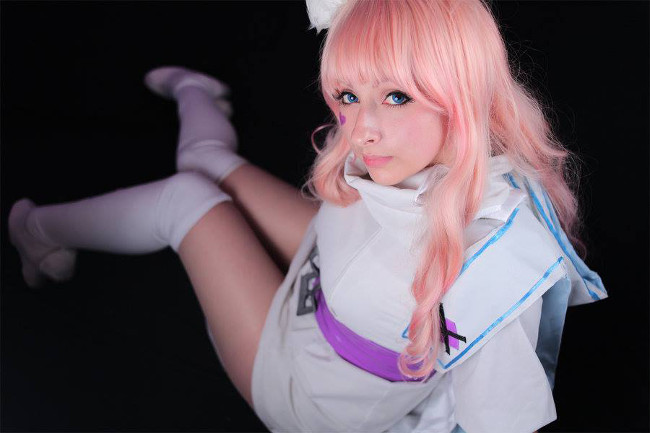 Macross Frontier is filled with many delightful characters. One such character is the pop idol “Galactic Fairy”, or more commonly referred to as Sheryl Nome. Her beauty and chart topping hits are known throughout the galaxy. Though she is very proud, her high self-confidence allows her to aid an up and coming singer Ranka Lee. When she discovers she if afflicted with a terminal disease, she loses her will to sing. All that changes when the disease becomes a blessing in disguise, allowing her to help defend her home from invasion. Cosplayer PuchysLove has taken on one of the pop princess’ fun outfits, the white bunny outfit. With Sheryl Nome’s signature pink hair adorned with a fluffy bunny tail, PuchysLove has become the spitting image of the star singer. Sporting a white dress with pink belt and like blue cape tails, she is adorable. The white knee high boots with bunny tail embellishments kick the sexy factor up a notch. The details on the dress, like the blue edges on the tassels and pink heart on her cheek, really settles how well executed PuchysLove’s cosplay of Sheryl Nome’s white bunny outfit is.