Check Out this Epic Cosplay of Furiosa from Mad Max: Fury Road

Cosplay of the Day: A Fem Freddy to Meet You In Your Dreams! 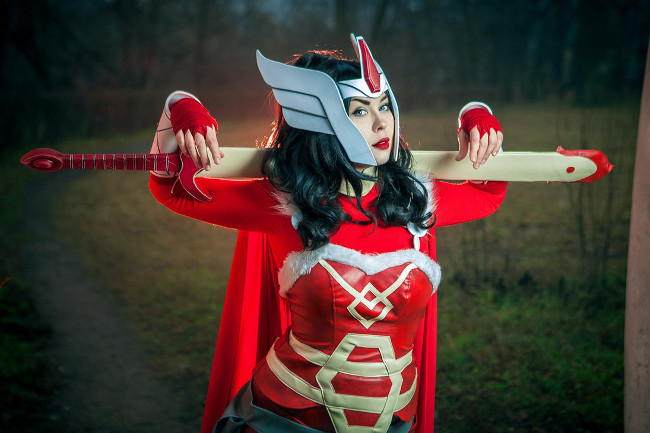 Sif first appeared in comics in 1964 with Journey Into Mystery #102. A companion of Thor, she is a skilled warrior who wields a sword enchanted by Odin herself. One thing that sets her apart from other Asgard women is her black hair, which resulted from a trick Loki played when they were children. Being engaged to Thor, she frequently accompanies him into battle, showing that she have remarkable fighting skills, but can also protect the people she loves. Ocean-san dons the warrior’s garb from the Earth 616 series. With Sif’s winged headpiece and her feather adorned cape billowing behind her, she is stunning in crimson glory. The white details along the outfit are precise and clean. The boots are magnificently crafted, as well as her white arm guard. Wielding her legendary sword, she is ready to face any danger that may threaten Asgard. Still wearing red and adorned with feathers, her look is more regal and refined. Ocean-san does a magnificent job showcasing this as well as her strength, while photographer MakinaValross captures it all with her stunning photos.