This Epic Kitana Cosplay Obviously Wins With A Flawless Victory! 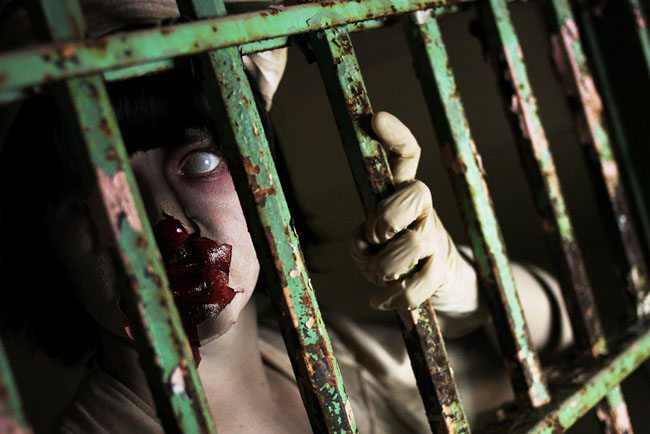 The Silent Hill franchise has unarguably given us gamers nightmares time and time again.  With an eerie, foggy environment and formidable creatures, the ash-infested town of Silent Hill provides for the perfect survival horror environment.  Generally wielding a mere crowbar or a pistol with extremely limited ammo, players are encouraged to flee, rather than fight, their way through the irreparably damaged town, completing difficult puzzles and delving deeper and deeper into some of the immersive stories that the Silent Hill franchise has provided. In Silent Hill 3, we follow the life of a young woman named Heather, who was adopted by the main protagonist of the first Silent Hill game, Harry Mason.  Intent on finding out what happened to her birth father, Heather ventures to Silent Hill to uncover her long-awaited, unanswered questions.  In addition to the town, we traverse from a deserted mall to a creepy amusement park in what has been heralded as one of the best Silent Hill titles to date. The Silent Hill universe is filled to the brim with epic, unique monsters to give us chills down our spines.  There are Pendulums, Slurpers, and Scrapers, but none seem to have made quite an impact on the gaming and cosplay community than the Nurses have.  Nurses have appeared in previous Silent Hill games, but Silent Hill 3 features a newly-designed Nurse Demon, with visible faces and hair, who evoke even more terror upon sight.  Found in both the Brookhaven Hospital and Nightmare Hospital, these nurses are surely not here to help patients seeking assistance, but rather are out for pure unadulterated bloodshed.  Although they may not be as large as other Silent Hill foes, Nurses are difficult to take down and carry weapons of their own, providing players with a challenge that requires a bit of skill. Deviant Art user Donttouchmymilk has graciously provided us with these never-before-seen photos from her Silent Hill Nurse Demon shoot that was conducted at the Mansfield Reformatory in Ohio.  Her costume took hours to put together, and it definitely shows!  Her face makeup is done scarily well and it really looks as if a bit of her skin is missing.  Her attention to small details with the addition of the opaque contact lenses shows a dedication and carefulness to the creation of her costume and makes it really stand out.

Additional thanks to photographer, Renee, and Heather cosplayer, Emma!