This Star Wars: The Force Awakens VFX Reel is Awesome 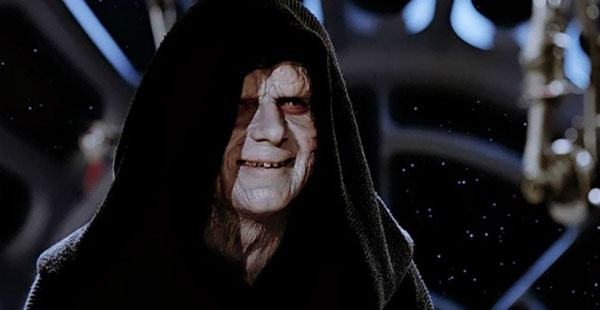 Last week’s announcement of the first Star Wars spin-off certainly got people talking, and thinking. Disney has not kept their plans for their multi-billion dollar franchise a secret, and spokespeople have been upfront about the fact that multiple spin-off movies should be expected. So with the announcement of Star Wars: Rogue One, one large question lingers: what other spin-offs will we see?

There is no shortage of Star Wars lore outside of the films and Clone Wars TV show, but most of those sources are now considered to be non-canon, so it will be interesting to see what ideas and stories future Star Wars writers come up with. A galaxy far, far away is the limit for Disney at this point, and while I’m certainly no fortune teller, psychic, or seer, there are a few Star Wars stories or characters that I think deserve some exploration and attention. Some of these ideas have already been rumored, and some would make likely spin-off films, and others less so. But regardless of the odds, here are the top Star Wars spin-offs that I would want to see. Episode III ends with the splitting up of the Skywalker twins, with Leia going to Senator Organa and his wife, and Obi-Wan delivering Luke to Owen and Beru. Then, almost twenty years pass, and the legend of the great Jedi Obi-Wan fades, and he becomes the wizened old Ben Kenobi. But what was old Ben up to during the interim between the two trilogies? Surely he wasn’t working on his tan on Tatooine the whole time, but he also would not risk making his location known to the Sith.

At the end of Episode III, Yoda told Obi-Wan that the spirit of Qui-Gon Jinn had training for him to participate in, and that would be a great tie-in. As with many of the ideas on this list, there are many non-canon accounts and resources regarding the events or people listed. But Disney will likely be creating their own versions of each story, and I would love to see what kind of adventures (and misadventures) Obi-Wan could get himself into during this twenty year gap. When exploring possible Star Wars spin-off ideas, I thought, “well Disney also owns Lucasarts, so why not branch off of some of the video games?” Jedi Academy would be a great opportunity to introduce a whole cast of new characters, while still keeping some familiar faces around. Jedi Academy follows the story of two Jedi in training — Jaden and Rosh. Rosh is eventually persuaded to join the dark side, and ultimately the player decides (through various actions at crucial junctions) whether Jaden stays good or turns bad as well.

I never had the stomach to see what happens if Jaden goes bad, but a Jedi Academy film could have everything you could possible want in a spin-off: tons of lightsaber action, great character development, and the potential of drawing in a younger audience due to the age of the characters and actors. Oh, and a Rancor, too. No Star Wars character in any of the six films has received more undeserved attention than everyone’s favorite bounty hunter, Boba Fett. Rumors have been swirling around Boba getting his own spin-off for a few years now, and it would be a great idea. It would give audiences a chance to see what the character is really capable as a bounty hunter, because (and I’m a bit afraid to say this lest I suffer the wrath of fanboys everywhere) in the original trilogy, Boba Fett really doesn’t do a whole lot. He tracks down Han Solo, but then Darth Vader encases Solo in carbonite. Then in Episode VI, Fett suffers an untimely death that the hands of the Sarlacc.

Boba Fett is an extremely cool and mysterious character. Unfortunately, his role in the films doesn’t do him justice. A spin-off could help reform Fett and turn him into the ruthless bounty hunter that he deserves to be. Another spin-off that has been rumored is a film focusing on the life of Han Solo before the events of Episode IV. In the original trilogy, nothing is really revealed about Solo’s past other than a recent cargo run went awry and Jabba the Hutt has put a bounty on Solo’s head. But how did he get into the smuggling business anyway? Is he a naturally gifted pilot, or did somebody teach him?

Considering the facts that so little is known about Solo’s life, and that he is such a predominant, fan-favorite character, this spin-off feels like a no brainer. It would be a great opportunity to take the franchise in a different direction. Rather than focusing on The Force, Jedi councils, and so on, this spin-off could take the most famous space opera of all time and turn it into a space western. Another video game that would make a great spin-off film is The Force Unleashed. It takes place between Episodes III and IV, and tells the story of Starkiller, a young apprentice of Darth Vader. It ties in perfectly with the events of Episode IV, as Starkiller eventually leaves the dark side and follows the true way of the Jedi, joining the rebellion against the Empire. In the end, like Jedi Academy, the player decides which side of the Force to act upon, and this determines the outcome of the game.

Starkiller is a unique character that could easily be put into a spin-off film. His relationship with Vader is complex and interesting, and his ties to the rebellion are a perfect introduction to Episode IV. Another great thing about Starkiller is his combat style. He typically uses two lightsabers, but holds them with a reverse grip, almost treating them as if they were small daggers. New combat styles are always great to see in Star Wars films, and Starkiller’s style is one I’d like to see in a spin-off movie. Jar Jar Binks is probably one of the most interesting characters in the entire Star Wars universe, and there are so many unanswered questions about his past. Why did he get banished from his Gungan colony? How deep was his relationship with big Boss Nass? Why is he so clumsy? What is a goober fish? A spin-off film about Jar Jar Binks is something that most people would want to see. Who wouldn’t be lining up at the box office hours in advance to see their favorite Gungan get into all kinds of trouble?

Just kidding. Let’s hope that Disney is smart enough to leave Jar Jar Binks alone. The real spin-off that I’d like to see the most is: Palpatine is one of the coolest and most vicious characters out there. There is a lot of mystery surrounding his past concerning his introduction to the Force, his corruption, his acceptance of the Dark Side, and his Sith master. These are all elements that would make a great prequel to the prequels. The Palpatine film could introduce a brand new set of characters, but also continue to use some of the older, more well known characters as well.

While young Palpatine is being trained in the Dark Side of the Force, the film could also juxtapose the dark elements with the training of other Jedi, specifically Qui-Gon Jinn being trained by his master, Yoda. I don’t think a character like Yoda would be capable of supporting an entire film as the only main focus, so combining Yoda’s and Palpatine’s stories into one film would be a smart idea. A prequel to reintroduce us to such monumental characters would be something I’d pay top dollar to see.

How do you feel about the announcement of Rogue One? Which storylines would you like to see be made into Star Wars spin-off films, if any? Let us know in the comments!