The Most Awesome Movie Weapons of All Time

A Sultry Santa Fett Cosplay That Will Surely Have You Seeing Stars! 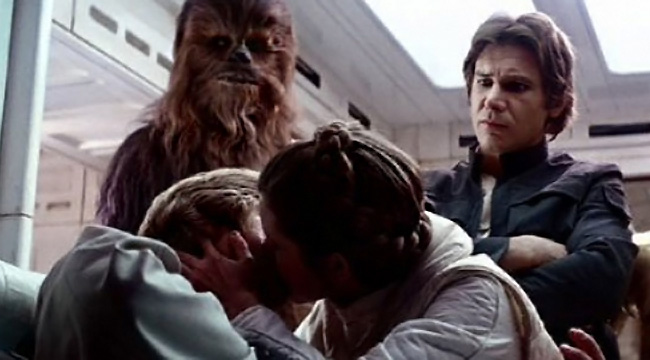 The Most Cringe-Worthy Star Wars Scenes It has been almost 40 years since the first Star Wars film was released, and since that time these movies have been picked apart, re-made, re-released, and treasured the whole world over. There’s no question that Star Wars is one of the finest and most epic film series of all time. But the series is not without its flaws. From poor acting to Ewoks and Jar Jar Binks, Star Wars is far from perfect. Yet, despite their imperfections, these movies are still so good, and so beloved. This is certainly a testament to how great the films really are.

Since you only tease the ones you love, here are some of the most laughable, cringe-worthy, and awkward scenes from the Star Wars movies.

Episode I: The Junkyard Exchange

Padmé may look like an angel, but there is nothing heavenly about this scene. From the moment that Anakin first appears on screen, everything goes wrong. Anakin and Padmé’s whole conversation is so stiff and awkward that it is just painful to watch. It’s full of dull delivery and nonsensical starts and stops. And of course, Jar Jar Binks is up to his usual nonsense, which just makes things worse. Thankfully (and mercifully) there are a few moments of Qui-Gon interspersed throughout the scene. This certainly doesn’t save it from disaster, but it helps.