Cosplay on the Cheap: A Simple and Cute Ewok Costume 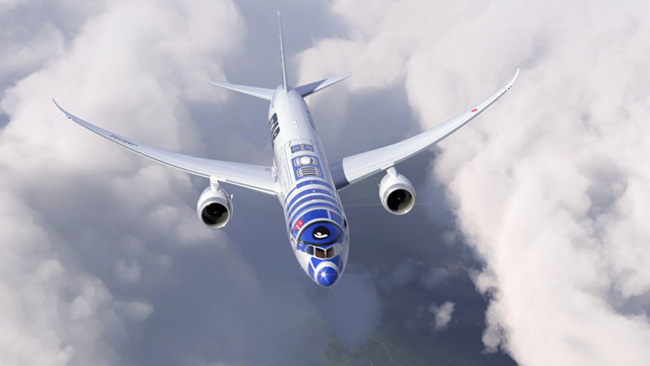 Japanese airline All Nippon Airways (ANA) has shown the plans for a Star Wars themed plane to be taking to the skies. The plane is a Boeing 787-9 Dreamliner that is covered in the same signature colors as the popular Star Wars droid R2-D2, and has the same outstanding blue and silver colors.

The plane has been planned to take part in a five year agreement with Walt Disney Co., jet-setting to many places throughout the world. It is win-win for both companies as well considering it’s promotional for the film as well as the airline. With Star Wars: The Force Awakens hitting theaters this December, the Dreamliner should take flight in the months leading up to the release. The best part of the news is that ANA is working on covering more distance by adding service from Houston and Tokyo this June. The rest of the routes are unknown for the R2-D2 Dreamliner. With 34 Dreamliners, ANA operates the world’s largest 787 fleet.