Rainbow Dash Cools Herself by the Fountain in Gorgeous Cosplay

Check Out the Sly Beauty of this Ibuki Cosplay 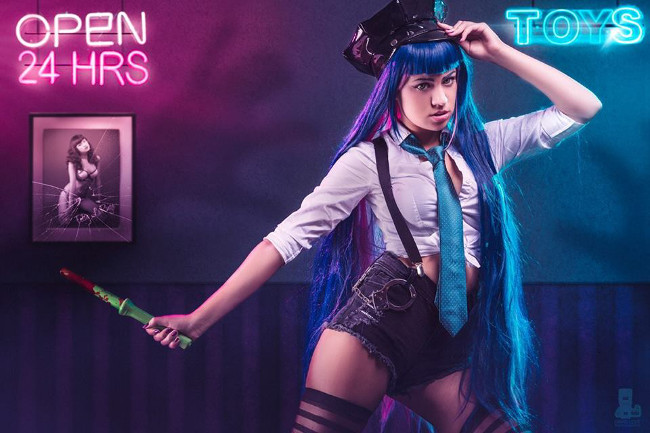 Stocking is a Gothic Beauty in This Amazing Cosplay

Panty and Stocking is an anime that most have come to love, enjoying the characters that the show has put on display. Amongst them is Stocking — whose name just happens to be in the title, and she is a dark haired angel. While she might be the younger of the two Anarchy sisters, that doesn’t take away from how mature she can be — or how mature looking. For many reasons, cosplayers have taken to putting on stockings and becoming the character — not that anyone could blame them. While there have been more than a handful of cosplayers who have taken to becoming Stocking, only a few deserve higher praise. Felin LaPaige is one of the cosplayers who has done one of the better jobs with Stocking, taking her playfulness and sexiness and putting it into one cosplay. Additionally, it would appear that she’s put thought into her take on Stocking — the details that make the character her coming to life beautifully.

Kill la Kill’s Ryuko Matoi is Ready for the Heat in This Sexy Cosplay!