Feoranna Shoots Us with this Mind-bending Jinx Cosplay! 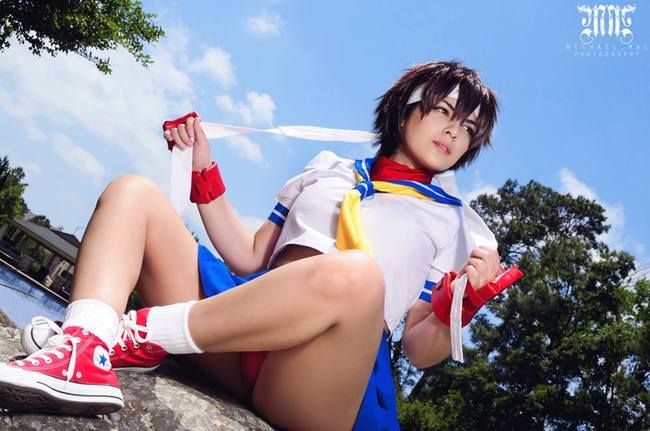 Street Fighter Week: Get Schooled by this Sakura Cosplay High schooler Sakura Kasugano has been stealing hearts since her first appearance in the Street Fighter series in Alpha 2, though she first appeared in Rival Schools. With her classically sweet schoolgirl outfit and trim little figure, its no wonder why fans adore her. Her idolization of Ryu and her likable tomboyish nature just add to the crush factor, and she continues to be a favorite character in the beloved series, in turn inspiring many cosplayers to follow in her footsteps and join the fight. The character gets a mature update by cosplayer Mariedoll. She’s got the whole package deal– her determined nature combined with all of the proper details, such as her sneakers and gauntlets, just show how dedicated she is to her craft.

Who wouldn’t want to go up against this worthy opponent?

Princess Giselle Brings a Fairytale to Life in Enchanting Cosplay