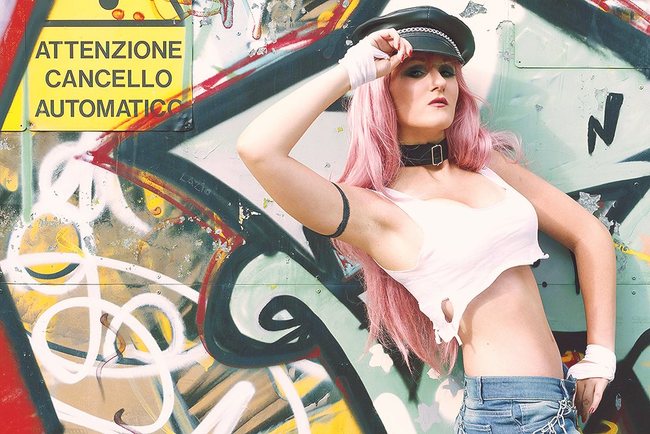 There’s nothing sexier than a woman who can hold her own and look amazing while doing it. That’s probably why Poison from Street Fighter – or Final Fight, is so appealing. Not only is she a rough and tumble kind of gal, more than capable of taking down a few foes, but she balances how tough she is with her good looks. Not everyone can pull off short shorts, a tiny white cut off tank top, and a leather hat but Poison does it with ease – much like her execution of the martial arts the woman taught herself. Knowing that the pink haired woman is a certified badass – more than just by my standards, it might come as no surprise that people would want to embody such a beauty. With a fierce air about her, Poison makes an admirable role model, and one that can kick down her enemies as needed. While there are cosplayers who have taken on the challenge of donning Poison’s sexy outfit, some do it better than the others. In particular, ToxicHime has done a marvelous job with Poison. Not only do poses she takes in her pictures of Poison capture her sexiness, but they also capture Poison’s essence. In a way, it feels like Poison has come to life, crossing the barrier between video game character and reality. Then again, ToxicHime often delivers the goods when it comes to cosplays and it’s no shock that this one is just as fantastic.