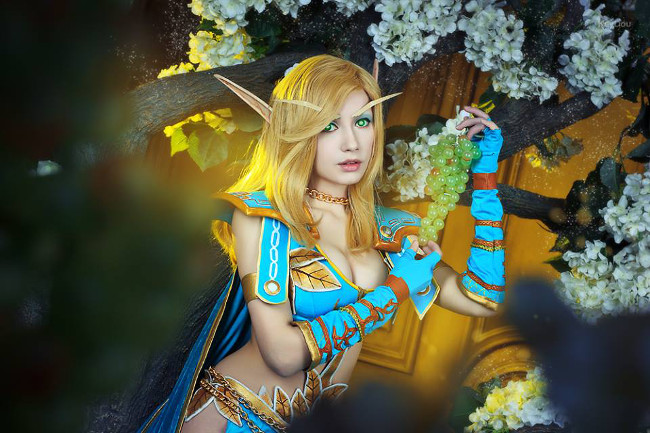 Stunning Blood Elf Cosplay Will Cause Your Jaw to Drop

World of Warcraft is one of the highest acclaimed online MMORPGs. If you haven’t played it, you’ve definitely heard of it — though chances are you’ve probably played it, even if it was just the trial. Some are dedicated to World of Warcraft, continuously playing through the years. Whether they’re horde or alliance, players have races, characters, and alliances they’re attached to. Memories have been made with this game — some meeting their best friends through it, some playing with loved ones, and some making their bonds stronger through World of Warcraft. There’s definitely a camaraderie within the game. Cosplayers have taken to becoming the characters within the MMORPG, and Narga of Narga and Aoki Cosplay is no stranger to this. Her take on a Blood Elf is absolutely breathtaking. The colors are stunning, and the details have been masterfully executed. There have been numerous World of Warcraft cosplays — honestly too many to count, but Narga’s is one of the best of the best, and you can’t help but admire it in awe. Catherine Just Got a Whole Lot Hotter with this Cosplay