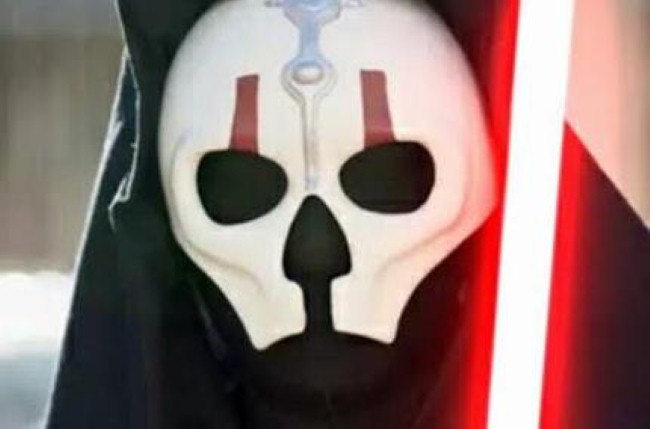 Most everyone is familiar with the characters from the Star Wars movie. When talking of the Dark side of the Force, everyone immediately thinks of Darth Vader, Darth Sidius, and Darth Maul. However, in the writing there is much more to the Dark side than just these few faces. One of which, is Darth Nihilus, Lord of Hunger. Darth Nihilus reigned as Dark Lord of the Sith during the Jedi Civil War. At the end of the war, the Mass Shadow Generator destroyed nearly everything on the planet. Darth Nihilus survived, but at a cost. He was left for a thirst of Force energy that seemed insatiable until he was approached by Sith Lord Darth Traya. She helped Nihilus learn how to feed his relentless hunger. With Darth Sion, they eventually formed a triumvirate of Sith lords. Darth Nihilus was brought to life by North Texas cosplayer, Chris Skiles. Chris recently passed away at the young age of 30, but he left a legacy of villainous cosplays that the North Texas Cosplay community had come to love. He was always true to character when it came to conventions, but underneath the cosplay was a true gentleman. Before he passed, he had finished this wonderful Darth Nihilus and was accepted into the 501st Legion. We are proud to have had Chris as part of the cosplay community.

Written by Guest Contributor: CaydenVierra
[signoff2]
Hey cosplayers! Want a feature of your own? Submit your photos to our Tumblr page or attach them in an email to [email protected] for a chance to appear on our site!