This Tifa Lockhart Cosplay is a Total Knockout

Master the Art of Seduction with Yoko Littner Cosplay 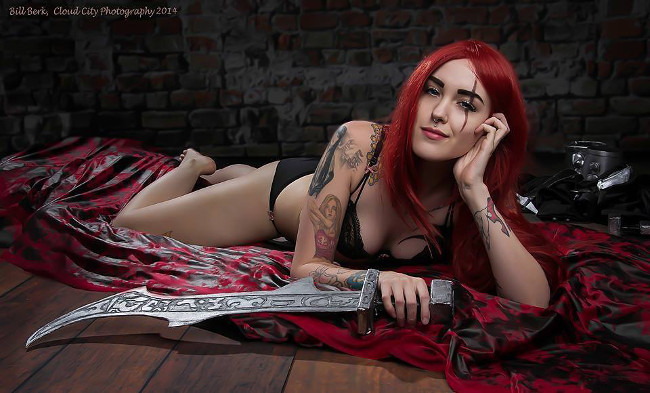 Stealthy and sexy – who doesn’t love League of Legends champion Katarina? One of the original champions, Katarina is a definite fan favorite for League of Legends gamers and for cosplayers. She has eight different costume variations all with an amazing wardrobe and beautiful weapons.

Throughout her many wardrobe variations, Katarina always has a distinct scar. Her scar is a constant reminder of a mistake made long ago after she let her own ego get in the way of completing her first assignment as an assassin. Katarina went off mission and assassinated a bigger target rather than the lower ranking officer. Because of this, several of her own were ambushed and killed by the original target. Determined to right this mistake, Katarina later went after the officer and killed the now well-guarded tent. She was successful in her mission, but left with a battle scar that would always remind her to “never let passion interfere with duty”. The incredibly sexy Feoranna Cosplay took us under the sheets with Katarina with a lingerie shoot as Katarina. Feoranna is an avid League of Legends fan and her true passion shows through as she still keeps Katarina’s key characteristics such as her scar and tattoo in this fan-concept of Katarina. Be sure to check out her page for more amazing League of Legends cosplays like Ahri and new fan favorite, Jinx!

Teleport Back To Rapture with this Eleanor Lamb Cosplay