Get Hyped Up with League of Legends Jinx Cosplay 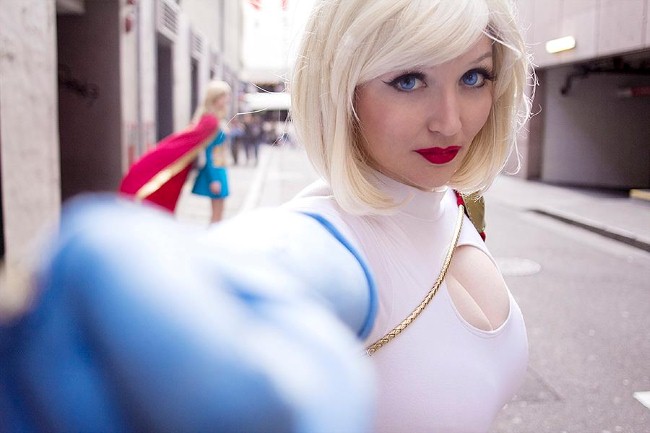 She possesses the classic Kryptonian powers, such as super strength, super speed, super vision (microscopic, heat, x-ray, telescopic), super hearing, flying, and invulnerability. She can also heal herself quickly. She was the mother of Equinox, who aged rapidly and disappeared. She is a member and chairwoman of Justice Society of America. She was also affiliated with Justice League, Infinity, Inc., Sovereign Seven, Suicide Squad, and Birds of Prey, and is partners with the Huntress. We love Variable‘s portrayal of Power Girl. In fact, we almost mistook her for Power Girl! Her costume is identical and she pulls it off extremely well. She renders strength and power, of course. Her posture presents confidence and aptitude. Don’t mess with this Kryptonian beauty!